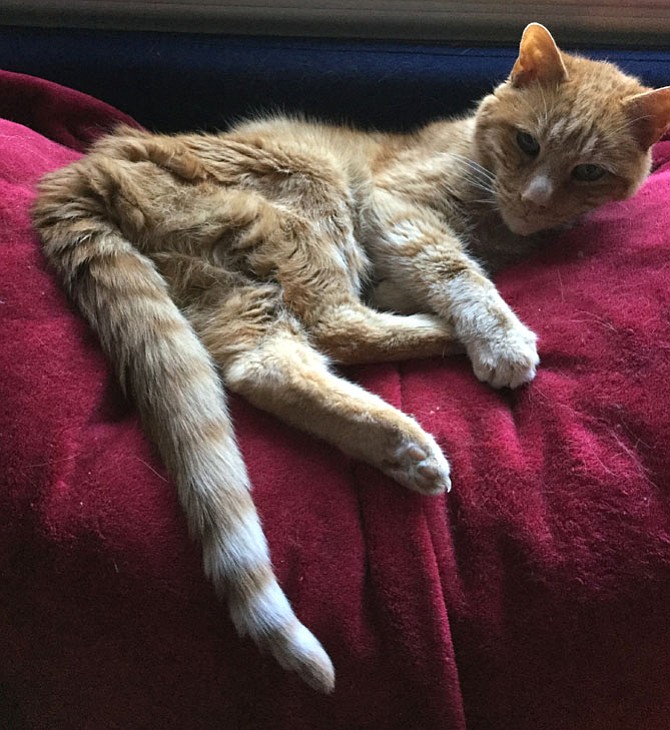 In April 2017, Esne, "son" of Alexandria residents Max Rotermund and Susan Dawson, will turn 20 years old. Quite a life he's had. For 12 years he lived with Caesar, a warm, welcoming, older cat who adored him. After Caesar's death in 2009, big, bouncy, intrusive Cinco came along. We're not sure Esne's ever gotten over it. Cinco, now an adult twice Esne's size, still thinks it's OK to play "pounce." Esne, you're old and skinny and wobbly, but you're still hanging in there. Happy Early 20th Birthday!