Angus the Scottie: At Home at Lake Anne
Votes

Angus the Scottie: At Home at Lake Anne 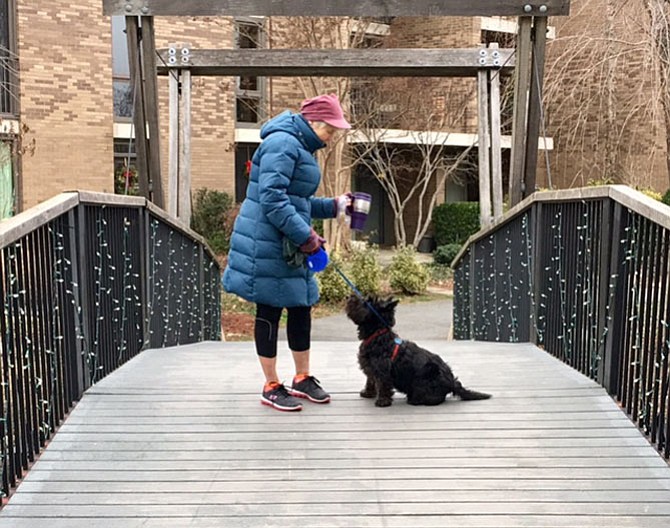 After we lost our first Scottie, we searched high and low for a young one to fill the void in our family. We got word of a puppy way out in Iowa looking for a home and we claimed him and named him Angus MacTavish.

When we got his AKC papers certifying him as a purebred Scottie, we learned that his father was none other than a Scottie named "George W. Bush"! But, we decided to keep him anyway.

That was seven years ago. Now he is family and loves living on Lake Anne. Here he is on a typical day: racing on the beach at Waterview, getting a well-deserved treat from Fran on the Van Gogh Bridge, and taking a nap on our bed.

Angus on the run.