Giving Back at Madison High
Votes

Giving Back at Madison High 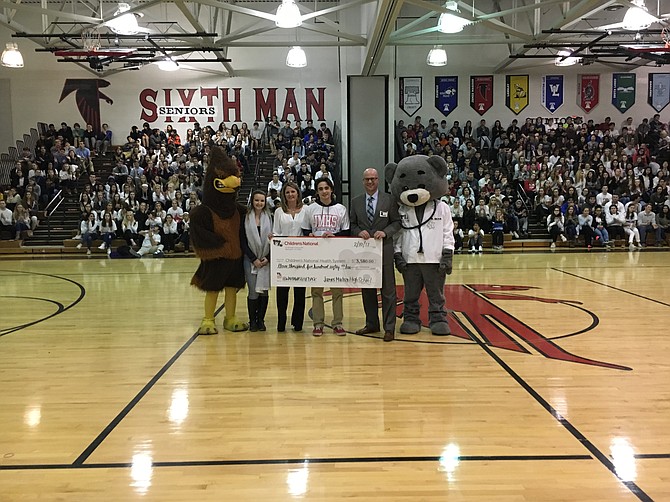 Students present a check to a representative of the Children’s National Health System. Photo by Francesca Branson

Members of the SGA advertise an account where individual donations can be made to support the campaign. 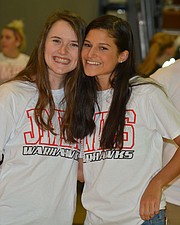 Students show off the white t-shirt they bought to support the event.

Members of the Madison Drum Line perform at the pep rally.

As part of their year-long “Warhawks Give Back” campaign, Madison High School hosted a Snow Ball in February to raise money for the Children’s National Health System. The Snow Ball was the culminating event of a week-long spirit week. Throughout the week, the SGA sold white t-shirts for Friday’s white-out, where members of the school wore white to raise awareness for childhood cancer — 100 percent of the proceeds from the shirt sales and dance ticket sales went to the fundraising campaign.

At a pep rally on Friday afternoon, Ms. Westenhofer spoke to the entire student body and shared the story of her son, Owen, who battled childhood cancer. As she addressed the students, she emphasized the importance of the fundraising work the school had done all week and thanked them for the financial contribution. After her presentation, the school presented the Children’s National Health System with a check for $3,580, representing the funds raised at that point in the campaign. In the final 24 hours of the campaign, with the proceeds from the dance tickets and individual donations, the total amount raised was over $5,500.