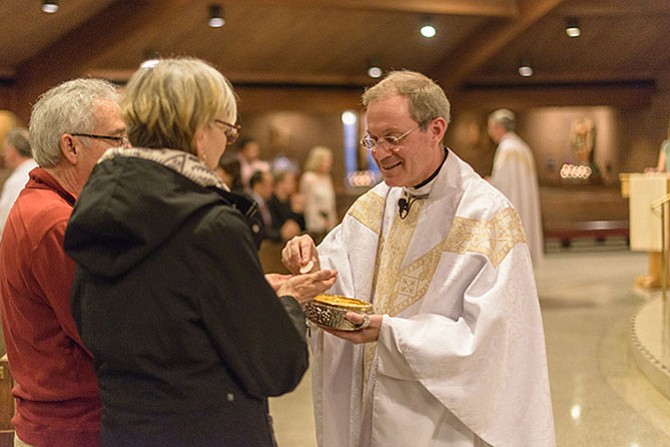 More than 65 couples showed up at Saint Agnes Church in Arlington to celebrate World Marriage Day which was Sunday, Feb. 12. World Marriage Day is celebrated in the second Sunday of February every year. Father Thomas Ferguson, Vicar General for the Catholic Diocese of Arlington, was the principal celebrant and homilist at this special Mass, offering words of reflection for married couples. The Mass also included a include a special Blessing of Rings, and couples were able to partake in communion side by side. Photo by Emily Benson