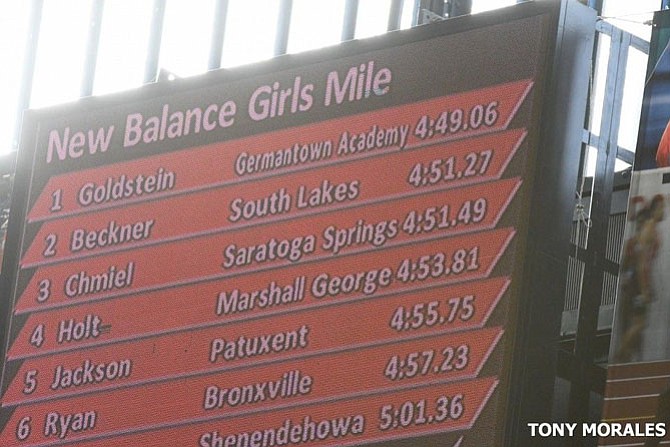 The Millrose Games are the world’s longest running indoor track and field competition.

Beckner, the school record holder in the 1,000, 1,600 and 3,200-meter runs, finished the race in 4:51.27. Her time was not only a personal best and school record, it’s also the fourth fastest time by a high school girl in the U.S. this season. Abbe Goldstein of Germantown Academy won the event at the Armory Track and Field Center in 4:49.06.

“I kind of let her go with two laps to go and I think that was a mistake,’’ Beckner said after the race. “I had a pretty aggressive start but I needed to stick with the girl (Goldstein). I have to just be competitive and don’t be afraid to go after it.”

South Lakes will compete in the 6A North Region Indoor Track and Field Championship this Wednesday at the Prince George’s Sports and Learning Complex in Landover, Md.