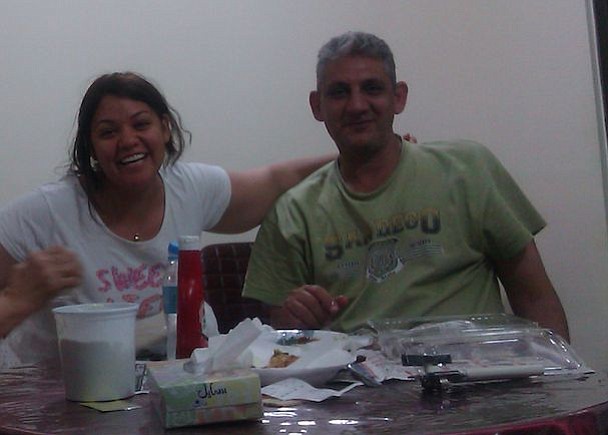 Though Anahid Ali (left) moved to the United States from Jordan in 2007 and has since become a naturalized U.S. citizen, her brother (right) has refugee status and a valid green card but must travel using his Iraqi passport. Photo contributed

When Anahid Ali of Lorton first heard of President Donald Trump’s executive order blocking travelers and refugees from seven majority-Muslim countries including her native Iraq, it turned her world upside down.

Friends, family and others immediately started contacting Ali about getting help with translations to and from english. She said she’s been trying to help as many people as she can.

“I was just shocked,” Ali said. Though she moved to the United States from Jordan in 2007 and has since become a naturalized U.S. citizen, Ali’s brother has refugee status and a valid green card but must travel using his Iraqi passport.

Ali said he needed to postpone plans to go back to Jordan to visit family, because lack of clear information about the travel ban worried her he might join the individuals detained at international airports.

“This is just something that’s not Constitutional,” Ali said. “As an American, it’s so disappointing. This is not the country we were dreaming to live in.”

In Iraq, Ali worked as a translator with the U.S. military until the situation became too tense there. Due to her work, she said people called her a spy and a traitor. Her family suggested she move to Jordan to avoid further conflict. Shortly after that she took advantage of a visa program for people who worked with the military to come to the America.

Ali’s brother had a more difficult time: She said it took him five years to go through the green card application and vetting process. But that lengthy and thorough process is exactly why Ali believes the travel ban impacting people like her brother doesn’t make any sense.

“The people who voted for [Trump], I respect their vote,” Ali said, “but this is not a good way to protect this country. You’re trying to solve a problem, but it just incites more violence, more hate.

“People need to find a Muslim person, someone from one of these countries,” Ali continued. “Talk with them, engage with them, see how they think.”

Though she didn’t participate in any of the airport demonstrations the weekend after the executive order was announced, Ali was following them on social media and the news. “I saw a lot of people coming together,” she said. “It’s still the country we believe in.”

She did work with others to circulate a Move.org petition over the weekend in opposition to the travel ban. By Monday evening, the petition was just 7,000 short of its goal of 100,000 signatures.