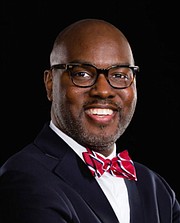 Hutchings, formerly the director of pre-K-12 initiatives with ACPS, will return to ACPS in early July from Shaker Heights Schools, located in a suburb of Cleveland, Ohio, where he is currently in his fifth year as superintendent.

Under his leadership, his district worked to close the achievement gap and ensure students of all backgrounds have access to the resources, tools and opportunities needed to succeed. He worked collaboratively with the Board of Education and school community on the creation of a strategic plan focused on academic excellence, equity and exploration as a way to realize the goals of the district. He also became one of only eight superintendents in North America to lead a district offering the International Baccalaureate (IB) program to all students at all grade levels, including pre-K.

As superintendent, he led district efforts to refine business processes and systems to repurpose operating funds to academic initiatives that benefited more students. He also led efforts to galvanize public support and funding that addressed the infrastructure needs of school buildings.

Hutchings served as a teacher and in leadership roles at the middle and high school levels as well as in central office administrative positions. He began his teaching career in Manassas at Prince William County Public Schools and then served as an assistant middle school principal with Chesterfield County Public Schools, near Richmond. In Nashville, Tenn., he was promoted from an assistant high school principal to middle school principal. He was named Tennessee Middle School Principal of the Year by the Tennessee Association of Middle Schools for his role in increasing student achievement and becoming the number one middle school in metropolitan Nashville.

Hutchings was with ACPS from 2010 to 2013, where he was promoted from director of middle school programs to director of pre-K-12 initiatives. While with ACPS, he launched the candidacy phase of the IB program, which has since been implemented at Jefferson-Houston School.