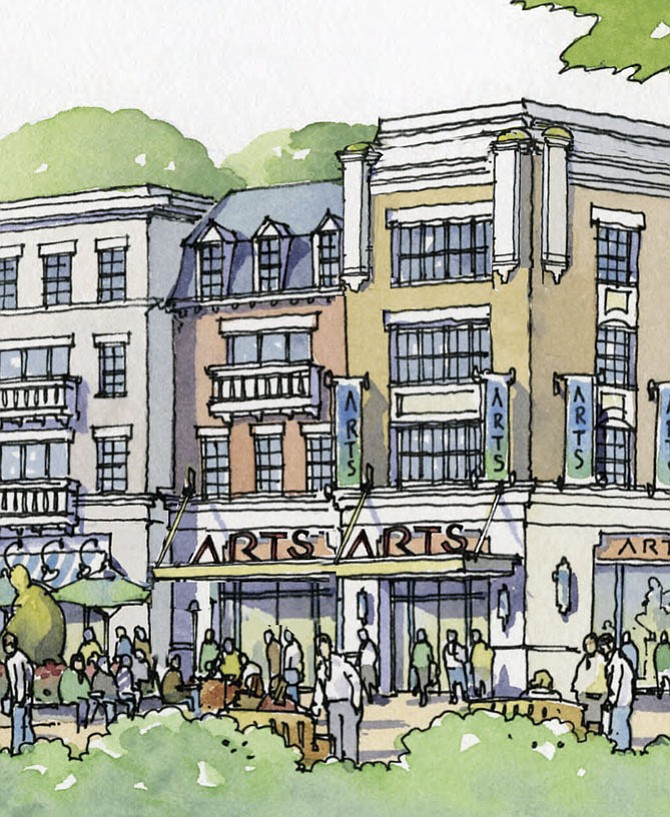 It is budget season for the Town of Herndon. This is when the town manager advertises an annual budget for the Herndon Town Council to consider and present to the public for debate before it makes a final vote.

William “Bill” Ashton, Herndon’s acting town manager, assumed the position on Jan. 10 when Art Anselene, the former town manager, retired. He has made recommendations to spend millions of dollars on capital projects for the town next year.

The planning process for the Town of Herndon’s Capital Improvement Program is underway.

The CIP is a portion of the town's annual budget that outlines the town's anticipated public improvements. It is a six-year plan for the acquisition, development, enhancement or replacement of public facilities. The CIP also details the various funding sources that will pay for each project.

The budget for the proposed CIP for fiscal years 2018-2023 totals nearly $7 million, with an additional $4.2 million for capital projects in the town’s Enterprise Funds, which are standalone funds separate from the General Fund.

More than 57 percent of the proposed total funding for the General Fund projects from fiscal year 2018-2023 are supported by local, state or federal grant sources.

The Herndon Planning Commission voted to recommend the proposed CIP on Feb. 6. It includes 50 separate capital projects. However, only 18 of the proposed projects will be funded by the town in fiscal year 2018.

Some of the major projects proposed in the new CIP include:

Provides a second story addition to the Herndon Community Center of about 10,000 square feet of additional floor space to improve the fitness and instruction areas and add multi-purpose space and storage space. The project includes improvements to the existing locker rooms and will reconfigure the entrance area, addressing heating and air conditioning shortcomings in the lobby. The project design effort was funded in the previous CIP.

Provides access near the north side of the Herndon Metrorail Station. A lane is planned to allow buses and passenger vehicles to drop off and pick up metrorail passengers. Funding sources include regional and federal funding. The Phase 2 Dulles Metrorail extension may be complete by 2019. Nearly $2.6 million in reserves will fund the main portion of the project.

Rebuilds a portion of Van Buren Street. A large majority of the project costs are supported by grant sources, including the Virginia Department of Transportation. Substantial project reserves also support the project.

Supports large maintenance and repair projects for town-owned facilities. The project addresses major building systems that require investment to components with a long life such as roofing, heating, ventilation, air conditioning and other types of refurbishment. Projects within this category may sustain the life of buildings and maintain site features, ranging from parking to fire suppression to exterior walkways.

Provides funding to relocate overhead electric and telecommunication utilities below ground. The project will help spur downtown development by reducing infrastructure costs for the private sector. General obligation bond funding supports $2.6 million of the total cost. A portion of the town’s meals tax has also been allocated toward this project.

Supports major maintenance of the town’s arterial street network. The proposed paving program has been structured to complete segments that were previously delayed. Asphalt milling, concrete curb and gutter replacement, repaving, restriping and traffic loop replacement are the major project elements to be completed. A portion of the town’s meals tax has been allocated toward funding of this project.

Replaces radios and associated equipment of the Herndon Police Department due to obsolescence. Fairfax County agreed to purchase $372,000 of the equipment, reducing the overall project expense. Another investment in police equipment worth mentioning is that the town council approved $71,000 of funding to equip police officers with body cameras, beginning department wide by May. This investment was allocated from the town’s fiscal year 2017 mid-year budget on Feb. 14.

Provides for major component replacement of the town’s water distribution system. Major maintenance and replacement of system mains and facilities will be phased and prioritized based on pipe age, material and localized General Fund projects. This will reduce adverse impacts caused by frequent outages and the cost premiums experienced from system failure repairs.

Provides for water capacity through Fairfax County. The purchase and financing arrangements are not yet finalized. A preliminary total cost estimate has been calculated, but annual debt service amounts are anticipated at $421,000 per year.

Provides for sewer treatment capacity allocations at the Blue Plains Wastewater Treatment Plant. Additional capacity is needed to support development and redevelopment that is outlined in the the town’s comprehensive plan. A preliminary total cost estimate has been calculated, but annual debt service amounts are anticipated at $1.4 million per year.

The highly anticipated downtown redevelopment of nearly five acres of downtown Herndon is not supported by any of the funds in the town’s fiscal year 2018 budget.

During a special meeting on Nov. 30, 2016, the Herndon Town Council adopted a resolution that directed town staff to move forward with negotiations on a proposal for the redevelopment with Reston real estate firm Comstock Partners.

The town is expecting the 24-month construction to be underway come next summer. Though the work is not allocated in the town’s fiscal year 2018 budget, it is still a priority for the town and is expected to come to fruition in 2018.

The town’s fiscal years begin on July 1 and extend to June 30. Budget adjustments take place each year in July, as well as mid-year in February.

Though details are lacking, the town will allocate funding for the work with a budget adjustment to the 2018 budget. And the lack of details is not holding the project behind.

On Friday, April 14, the town issued a request for proposals seeking bids from nonprofit arts organizations within 25 miles of the location to operate, manage and conduct arts programming in its future downtown Arts Center.

The RFP states within the “Project Overview” section that the town has, “selected Comstock Partners to redevelop 4.675 acres of land owned by the town into a mixed-used development.”

The town council considered CIP funding, along with the annual budget, during public hearings on Tuesday, April 11, and Tuesday, April 25. Herndon citizens may continue to submit comments about the budget by email to budget@herndon-va.gov.