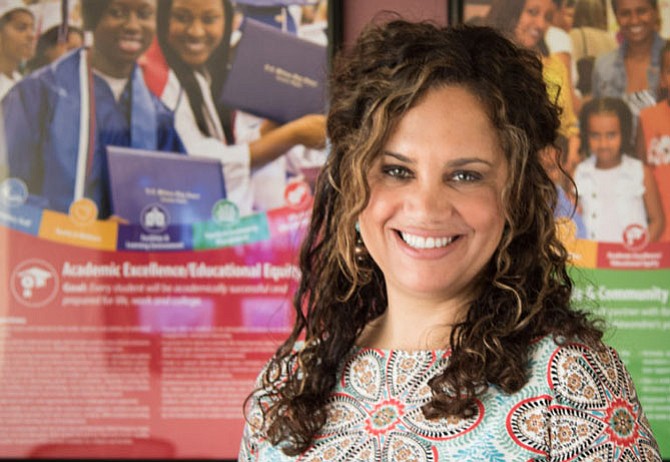 T.C. Williams High School isn’t the only Alexandria school with new leadership coming in. After the former principal of the school was reassigned following a testing irregularity, Jasibi Crews-West has been assigned as the new principal of Cora Kelly School for Math, Science and Technology. Crews-West has previously served as assistant principal at John Adams Elementary School for the past two years, and before that as a member of the bilingual Spanish-English team at Mount Vernon Community School while it transitioned to become a full dual language program.

“I feel wonderful about the move to Cora Kelly,” said Crews-West. “This is my 12th year at ACPS. I started at Mount Vernon, now I’m going back to the same community.”

Crews-West said she's excited to reunite with families she knew from her Mount Vernon days. Cora Kelly is 70 percent Hispanic, and Crews-West said that being bilingual and experienced with dual language programs will help make her a good fit for the new school.

“We will be looking to collaborate with staff and the community to make the school a source of neighborhood pride,” said Crews-West, adding that her experience with dual language programs will make sure no student is left out of the learning process. “That dual language experience is about building up both those learning English and the other way around with Spanish.”

Crews-West has started visiting the school and will begin to hold open chats. Crews-West will officially take over as principal on July 1. She replaces Seazante Williams Oliver, who became interim principal of Cora Kelly after former Principal Brandon Davis was reassigned last October. Davis had told teachers to selectively inform parents of students who seemed likely to fail the test of their right to pull their students from standardized testing. Davis was reassigned within ACPS initially, but according to Director of Communications Helen Lloyd, Davis no longer works in the Alexandria school system.