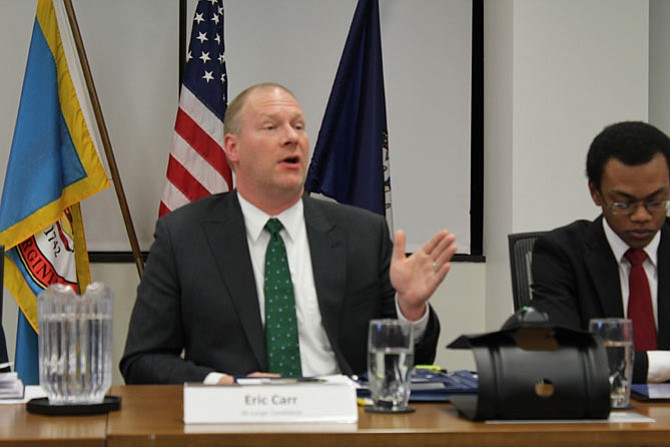 Newly elected Reston Association At-Large Director Eric Carr speaks during a candidates’ forum at RA headquarters during the election where he was facing five other opponents. Photo by Fallon Forbush. 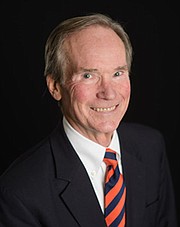 Photo courtesy of the Reston Association 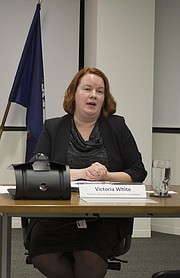 The winning board candidates, Eric Carr, Victoria White and John Mooney, get a photo right after they were announced as the winners during the Reston Association’s 2017 Annual Members Meeting on Tuesday, April 11. David Bobzien, the fourth winning candidate, left the meeting before photos were taken. 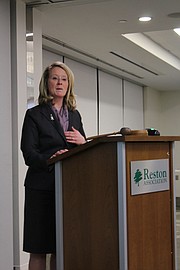 Reston Association CEO Cate Fulkerson addresses the mistakes the association made during 2016 and the challenges it faces in the year ahead during the 2017 Annual Members Meeting on Tuesday, April 11.

More Restonians turned out to vote for the Reston Association’s spring board election than in years past.

RA members started voting for the 11 candidates who ran for four open seats on the board on March 6. By the time voting was completed on April 3, a total of 4,924 votes were cast.

These numbers were announced to members during the RA’s 2017 Annual Members Meeting on Tuesday, April 11, which is an increase of votes when compared to turnout of previous years:

The newly elected board members are:

Officers were also elected during the board’s first meeting on Wednesday, April 12:

Dannielle LaRosa, who resigned from the board, will continue in her role as treasurer until a new person is selected next month.

While the meeting was a celebration for the winning candidates, it was also a time to for the association’s current leadership to reflect on challenges that still lie ahead for an organization that had a tough year.

“While the association had many accomplishments in 2016, there were also many difficulties and challenges,” Reston Association CEO Cate Fulkerson said during the meeting. “For anyone who knows my leadership style, I’m not one who walks away from a challenge or ignores difficulties. I believe in taking responsibility for errors, correcting them so they do not happen again and I believe in finding opportunity in difficulty.”

She talked about the association’s handling of the Lake House and how the controversy and probe into the association’s staff and board created a significant gap in trust between the organization and its members.

Fulkerson and her staff will be drafting and developing an implementation plan for the board to consider in May to implement all recommendations that the Lake House probe urged the association to undertake, which includes the creation of internal control policies and procedures for project management.

Foremost, Fulkerson spoke to the need of establishing a “solid foundation” with her new board that is based on three principles: mutual respect, trust and support of each other; reciprocal communications; and a shared purpose and mission.