‘Reema Is My Angel Now’
Votes

‘Reema Is My Angel Now’

Mona Samaha reflects on losing her daughter in the VT shooting. 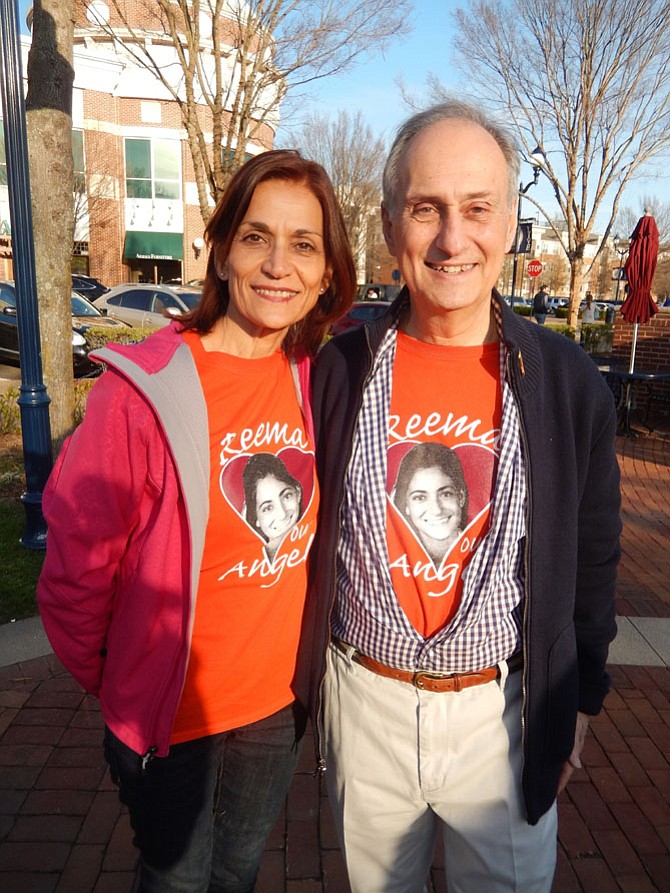 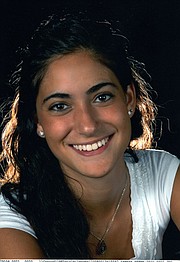 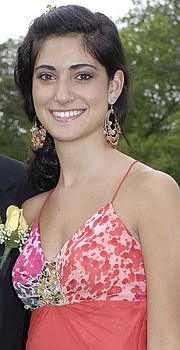 Reema Samaha before a high-school prom. 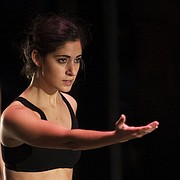 Reema Samaha during a dance performance.

Special to The Connection

The Virginia Tech shooting was transformative, not only for impacted families, survivors and the university, but also for U.S. higher education. Improving safety quickly became a priority on campuses and with state and national policy-makers.

The lost lives of our children and their professors opened a dialogue that raised awareness and a lot of new questions regarding campus safety. The blue-lighted, emergency call buttons on campus are now obsolete.

I have never doubted the choices I made after April 16, 2007. Though the hurt never goes away, my wife Mona, our children Omar and Randa, and I have always felt that Reema is not far away. I feel that she and the other victims guide us in what we do and remind us to look forward.

Yes, she died. They died. But now we must focus on preventing other young persons from being killed, other parents from experiencing our searing grief. We all have an important mission. And, yes, you could say this also has been my therapy.

Mona and I have handled the loss of Reema differently, with Mona choosing a deeply spiritual path to cope with our grief. Our other children choose separate paths, too. At the time, Omar became a gun-safety and violence-prevention advocate of some prominence, working with New York Mayor Bloomberg, while he pursued a graduate degree, and he has launched his career as a Realtor. Randa is a nurse practitioner in New York. Her big, loving heart is wide open to help others.

So we address our deep loss on different roads of advocacy, spirituality, activism and resilience. But we hold hands on our journeys and we never let go. A family cannot – and should not – face the sort of loss we did without an outpouring of love and support from extended family, friends and community.

And, to my mind, it would be hard to move forward without a cause to pursue. The VTV Family Outreach Foundation, made up of a majority of the families and victims of the shooting, has recently launched Campaign32 (www.Campaign32.org), a mission to prevent other Virginia Tech-type shootings and look for our communities to support our efforts.

In my last email to Reema, at 11 p.m. the night before she died, I expressed how proud I was of her. “You did a GREAT job this weekend!” I told her, remembering her dance performances.

If only everyone had done their job on April 16, I’ve told myself over and over since the tragedy, I might now know what path Reema would have taken upon graduating from Virginia Tech in 2010 as a vibrant, intelligent, beautiful, smiling young woman. Now I only have a framed diploma, given posthumously, posted in my office to remind me of her aspirations.

Reema’s life for me is frozen in time. In her room at home, her laptop remains unopened, perhaps holding a draft response to my last email. The clothes she wore as she breathed her last breath are in a brown paper bag. Her ballet slippers hang on her closet door. The costume she wore during her last dabke, or Lebanese folk dance performance, April 15 at the VT Street Fest, lays on her bed.

Her Chip N Dale calendar is open to April 2007. Smiling and funny pictures of Reema are displayed, as we might say in our Samaha village, sans voix – without voice, but remaining my inspiration. As Tony Robbins says, “How our lives change in a moment.”

For many American families, this past Sunday, April 16, was a day to gather with friends and relatives and celebrate Easter. But for those who lost a loved one in the April 16, 2007 massacre at Virginia Tech, it marked 10 years since the worst day of their lives.

“It can be hard every day,” said Mona Samaha, whose daughter Reema – a 2006 Westfield High grad – was among the shooting victims. “But as the anniversary gets closer, I tend to relive the last days I spent with her, the last phone call, the last hug.”

Speaking on Tuesday, April 11, from her backyard in Centreville's Sully Station community, Samaha recalled that Easter Sunday 2007 was on April 8 and Reema was home visiting. Just 18, she was a VT freshman majoring in both international relations and urban planning and minoring in French.

She’d gone to midnight mass and Easter church services with her family, then ate lunch with them and other relatives before a friend came to pick her up. Excited, she told her parents, “I’m so happy I get to see you three weeks in a row, this month.”

Easter was the first of those three weekends; Reema’s parents planned on going to VT, the next two weekends, to watch their daughter – an accomplished dancer – perform with the Contemporary Dance Ensemble there. But instead, her life was taken abruptly by a mentally unstable young man who fatally shot her and 31 others before killing himself, too.

When her parents learned of the shooting and didn’t hear from Reema, they immediately drove to the university. “People were writing on her Facebook page and she wasn’t responding, and we hoped she was on lockdown [and just unable to communicate],” said Samaha. “While driving we heard the lockdown was off, but still didn’t hear from her, so we told her cousin – who was also a student there – to go look for her in the hospital.”

As Mona and husband Joe arrived at the Blacksburg Inn, a table had been set up for families in search of their children. Someone took their name and, within an hour, they were in a room with another family.

“A lady asked me what classroom my daughter was in and I said, ‘211,’” said Mona Samaha. “And she said, ‘That’s the one with the most missing.’ But I hoped Reema was in a hospital in surgery, unable to give her name. Then I went out for a minute and, when I returned, Joe told me Reema didn’t make it.

“I fell to the floor and other people took me to another room. I was crying; and then there was a moment when I stopped crying and felt Reema’s presence above my head. And I thought, ‘I shouldn’t be crying; Reema is my angel now and she’s in heaven.’”

Samaha said that sensation of strength and power – and feeling that her daughter was with her – got her through the first five years after the tragedy. “In my heart, I felt her so closely with me,” she said. “For example, whenever I needed to find something tucked away in her room, she’d guide me to it. That was really a blessing; it was like a miracle, soft and sweet.”

Such things happened often, said Samaha. Mother’s Day was a month after Reema’s death, and she again visited her mother in spirit. “I was sitting in the living room and I felt her kissing me and touching me on the leg,” said Samaha. “And I told her, ‘I know that’s you and I love you.’ I couldn’t wait to tell Joe; it was a beautiful gift.”

That July, she and her husband traveled to France and Italy for their 25th wedding anniversary. It was pre-planned, and Reema and her older sister Randa were supposed to meet them there. “In Italy, I saw a Degas painting of a dance rehearsal, and a girl in that painting looked just like Rema,” said Samaha. “The pain and loss were still raw then, so that was really comforting.”

Randa was studying in Lyon, France; and when she met her parents there, she showed them some graffiti on the back of her dorm building. It was the word, “Meema,” which is how Reema pronounced her name as a child. Again, her mother took it as a message that her younger daughter was still with her.

As for the trip, itself, she said, “We went because we decided, in honor of Reema, we are going to continue to live our lives the way she would have wanted us to live.” But it hasn’t been easy.

“Joe took me to counseling and therapy, and I’m still going,” said Samaha. “I had so many questions about life and prayer – they lost their meaning for me, and I had to find it again. I did, after about five years. I learned that we live to love, the essence of life is love and life is eternal. And once I found my answers, I was liberated and Reema was free. I was holding onto her, but I had to let her go.”

Those first five years, Samaha said she was living in a bubble, so she had to regain her balance in the real world. “My faith and love helped me and I appreciated all I had,” she said. But lately, she admitted, “I’m battling my anxiety and fears; it was safer and more peaceful when I was in my bubble.”

Now, she keeps praying and realizing the larger picture. “I understand it’s God’s will, not mine,” she said. “I had the privilege of being Reema’s mom, but she belongs to the world. After her death, everyone was talking about her and sharing her picture. We got letters from people in Australia who didn’t even know her. Like a firework that goes up in the sky and bursts, that’s Reema – the whole world got a piece of her.”

This past weekend, friends and relatives of the VT 32 gathered at the university for a three-day event in their honor. Friday was a remembrance through the arts, and Saturday was a 5K run, picnic and interfaith service.

On Sunday, April 16, was a candlelight vigil at the campus’s outdoor memorial site. Each victim’s name was read and a candle was lit in their honor; Reema’s sister and brother Omar lit the candle for her. In addition, the school’s Corps of Cadets lit a memorial candle that burned for 24 hours.

It helps, said Samaha, because “The parents get together and talk and listen to each other. It connects and unites us, and it feels good to talk about our children. We’re sharing the same loss.” Through her own grief, she said, “I knew life keeps going, and I needed to keep going for my other two children.”

Noting that she and Joe are lucky to have a big family that doesn’t forget about Reema, Samaha said, “Even a Virginia Tech alumni – whose daughter I taught at Herndon Elementary [in the French immersion program] after this happened – meets us there every year for the remembrance.”

She said Reema’s death brought her closer to God, and Reema, herself, guided her to “this awakening. Reema also had an impact on many others who send us messages to tell us how she’s brought strength, courage and more meaning into their lives. And I want people to keep believing in their faith, whatever it is, because through faith, there’s joy and peace.”

“Reema is truly special, and I am so grateful and honored to be her mom,” continued Samaha. “Now I want to celebrate life because it’s a gift – and in Reema’s name, I will celebrate every occasion.”