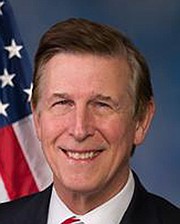 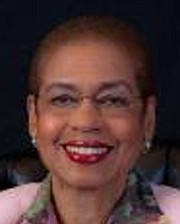 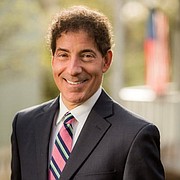 Both Beyer and Norton are members of the Congressional Quiet Skies Caucus. Their letter urged Appropriations Committee members to fund health studies on the effects of airplane noise.

“Airplane noise caused by FAA’s NextGen flight paths into and out of Reagan National Airport is wreaking havoc on District of Columbia neighborhoods, and it is critical that the FAA recognizes the potentially serious health effects,” Norton said in a press statement. “Our constituents have raised concerns, and a new independent health study is the least we can do in order to fully understand the impact of airplane noise. The Quiet Skies Caucus will continue to press this important national issue in order to get action from the FAA and remedies for our constituents.”

Montgomery County residents have noticed an increase in airplane noise and are also taking action by alerting their representatives in Washington about the problem. The West Montgomery County Citizens Association hosted Ken Hartman, director of the Bethesda-Chevy Chase Regional Service Center, at its January meeting to discuss the noise and frequency of planes flying over the county to land at Reagan.

U.S. Rep. Jamie Raskin (D-8) is aware of the problem and is working to reduce the noise in Montgomery County.

Raskin’s efforts via email: “Congressman Raskin is absolutely aware of the airplane noise issue in Montgomery County. We participate in the MoCo Quiet Skies Coalition’s monthly meetings (including the one [April 6]), and will be at this month’s Noise Working Group meeting at [Reagan National]. We are working closely with local elected officials and stakeholders to address this issue, and will actually be sending a joint letter to FAA with other elected officials, requesting a review of the new flight paths that have led to increased noise.”

Next Gen, according to the FAA website, “is a comprehensive suite of state-of-the-art technologies and procedures that, in short, enable aircraft to move more directly from Point A to Point B. This helps passengers reach their destinations on time, while reducing fuel burn and lessening our impact on the environment.”