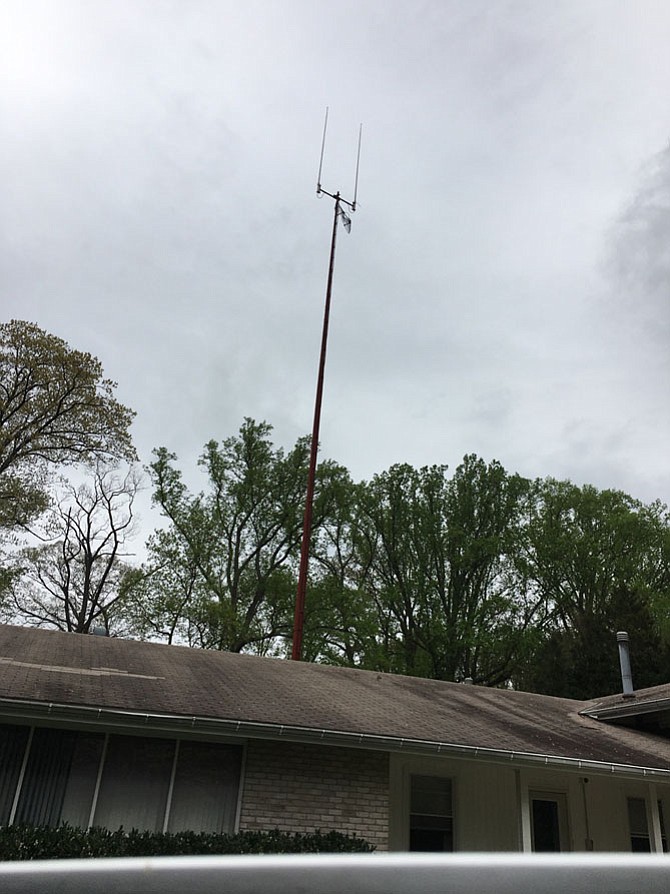 This monopole behind Cabin John Park Fire Station 30 on Falls Road in Potomac is scheduled to be replaced with a taller pole, 185 feet tall. Photo by Peggy McEwan

In a press release, the Department of Technology answered seven frequently asked questions about the current monopole and the reasons it needs to be replaced.

The change is being made, “In order to improve radio coverage for Police and Firefighters along the Potomac River and surrounding neighborhoods ….”

Further explanation states that “the existing monopole is not high enough for radio signals to reach the Potomac River and surrounding neighborhoods at the strength required for police and firefighters to communicate effectively.”

The replacement is part of the Montgomery County project to upgrade the current radio system used by police and firefighters. With the current system it is difficult for radio signals to reach low lying areas along the Potomac River. The taller monopole would produce stronger signals allowing faster response to 911 calls in the area.

The current monopole, which is a structure used to support antennas, will be replaced by another that is 185 feet tall. It will hold five “omni-directional antennas (shaped like tall, thin poles) and two microwave dishes,” according to the press release.