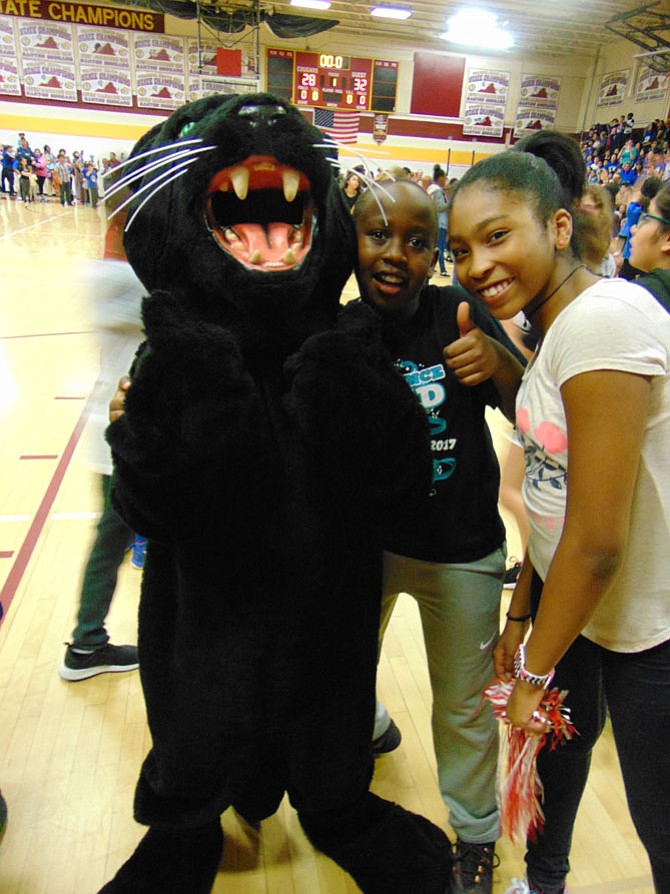 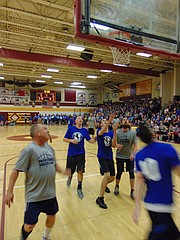 About 1,000 people packed the Oakton High School gym for the charity basketball game between Mosby Woods and Providence Elementary Schools.

A spirited crowd of 1,000 people packed Oakton High School gymnasium on Thursday, April 6 for a charity basketball game between staff at Mosby Woods and Providence Elementary Schools in Fairfax. Even though it was just for fun, Mosby Woods beat Providence 59-48. Between the two schools, there were about 60 staff members who volunteered their time in various capacities, from players to announcers to band directors and cheerleading directors. The event helped raise about $1,000 for the Lamb Center, which provides support to the poor and homeless in Fairfax. During half-time students performed various dancing and musical skits.

"We had two neighboring schools in Fairfax County get together to raise money for charity and provide a positive event for both school communities," said Taylor Gaddy, a staff member from Mosby Woods.