Visit from a Rosie the Riveter in Centreville
Votes

Visit from a Rosie the Riveter in Centreville 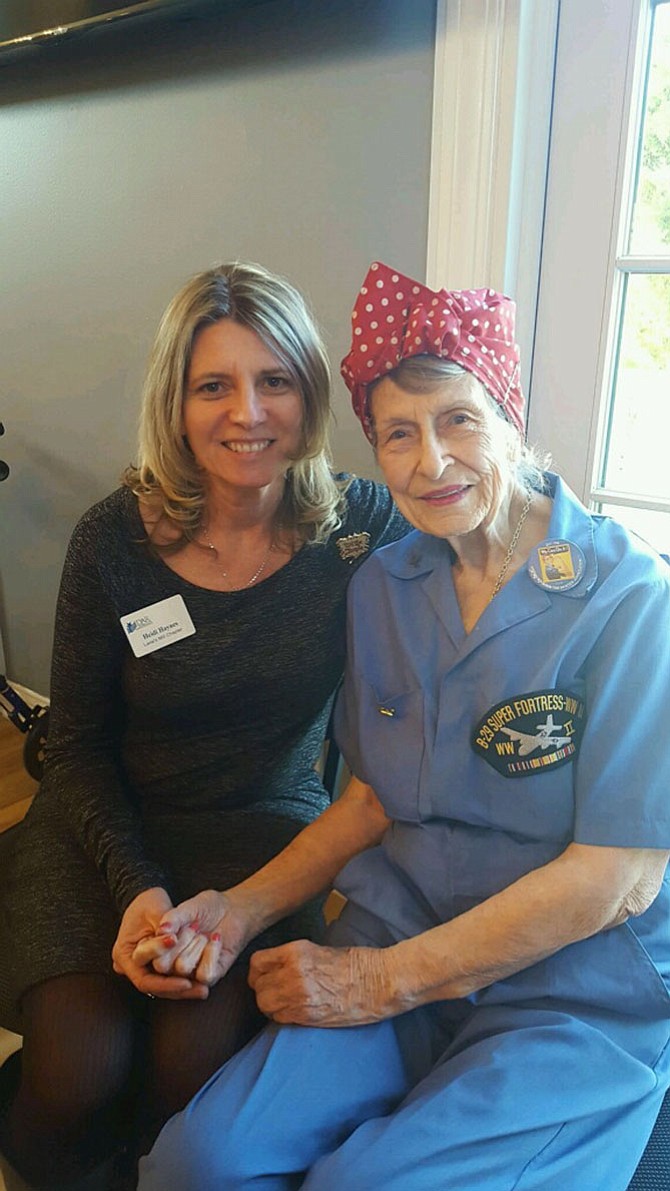 The March 4 meeting of the Lane’s Mill Chapter, National Society Daughters of the American Revolution, featured Dr. Fran Carter of Birmingham, Ala., the founding president of the American Rosie the Riveter Association (http://Rosietheriveter.net/), a group that honors the working women of World War II. Carter shared stories of her time drilling holes and riveting B-29 bombers in 1942 at the Parsons Airplane Modification Center in Alabama, and how she and others lived during the war years. With Carter, who is posing in replica of her work uniform, is Honorary Chapter Regent Heidi Haynes of Centreville.