Jury unable to reach verdict in murder of Shakeel Baldon. 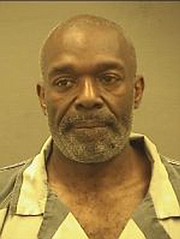 But the jury didn’t buy that story. On March 28, Clarence Terry was found not guilty of the assault and battery charges against Pamela Callaway Terry. No verdict was reached on the remaining charge, the murder of Baldon, and it was declared a mistrial.

Throughout the trial, the prosecutors acknowledged that Pamela Callaway Terry had lied about facts of the investigation, but that those lies had initially been told to try and help her husband. “The defense would have you believe the defendant is being framed,” said Criado. “She lied, but that lie helped [Clarence Terry]. The idea that she committed the murder makes no sense. There’s no evidence. It’s just speculation and innuendo. She hated that this case happened, hated that her husband was charged and that Shakeel [Baldon] died. Everyone involved suffers.”

Enough doubt was cast on Clarence Terry’s guilt in the crime that the jury was unable to reach a verdict.

“Clarence Terry maintains his innocence and I will fight very hard for him until the end,” said Hadeed.

According to Commonwealth Attorney Bryan Porter, prosecutors are looking at May for a potential retrial.