Del. David Albo (R-42) has announced his retirement after 24 years in the 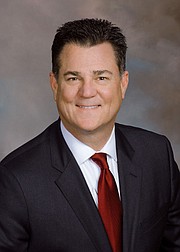 “After much thought, I have decided not to seek reelection to the House of Delegates this coming November. While I still enjoy the job and love the public service, I can no longer afford to take 80+ days a year off work to serve in the General Assembly. In addition, I don’t have a monopoly on all the good ideas — there are lots of very capable public servants living in my district who can do a great job. It’s not ‘my seat, it is the people of our neighborhoods’ seat, and I am sure there is someone out there who would like to serve,” Albo said in a statement issued Wednesday afternoon.

“Next to marrying Rita and adopting Ben, serving the people of West Springfield, Fairfax Station, South County, Mason Neck, and Mount Vernon has been the greatest honor of my life. I grew up here and did what I could for 24 years to keep our neighborhoods the best place to live, work, and raise a family,” Albo said.

“Many do not realize that I hold George Washington’s and George Mason’s seat in the Virginia House of Delegates. Wow — I got to do the same job as these Founding Fathers! I started out as an intern in 1986. I was first elected in 1993, and have had the honor of serving as Chairman of the House Courts of Justice Committee for the past 12 years. This has enabled me to do lots of great things to help people ... Again, it has been one of the greatest privileges to serve our neighborhood, and I am so grateful to have had this opportunity.”