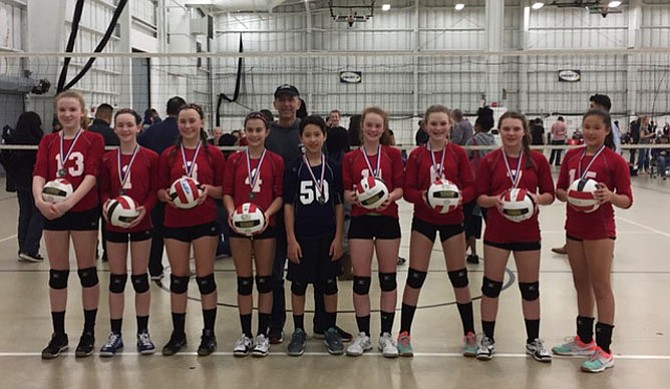 Two 13-year-old youth volleyball teams from the Alexandria Titans Volleyball Club medaled in a recent tournament sponsored by the Montgomery Village Sports Association at the Discovery Center in Boyds, Md. The 13 Red team was undefeated in pool play and took home the silver medal in the GOLD bracket. The 13 Black team rallied from a loss in pool play to go undefeated in the championship round of the tournament's SILVER bracket.