Got a Hankering for Craft Beer?
Votes

Got a Hankering for Craft Beer? 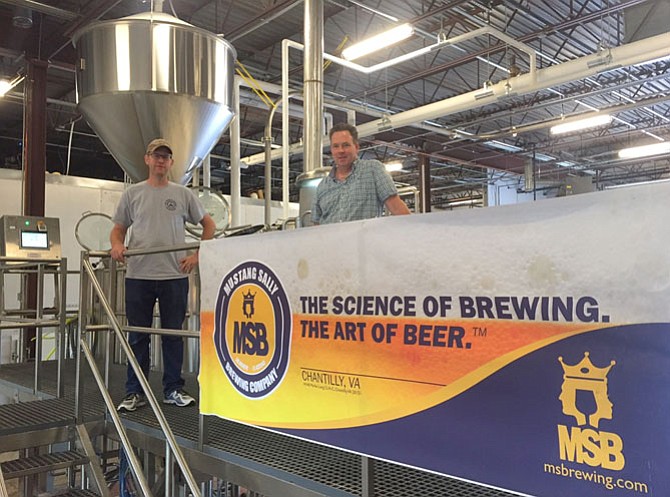 It’s jointly sponsored by the brewery and the Dulles Regional Chamber of Commerce and will be held, rain or shine. Events will take place outside in the parking lot, as well as inside Mustang Sally’s more than 4,000-square-foot tasting room and 10,000-square foot brewery. 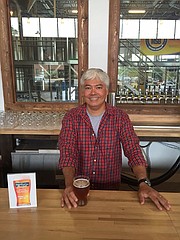 Sean Hunt with a glass of beer from his Mustang Sally Brewing Co.

It’s jointly sponsored by the brewery and the Dulles Regional Chamber of Commerce and will be held, rain or shine. Events will take place outside in the parking lot, as well as inside Mustang Sally’s more than 4,000-square-foot tasting room and 10,000-square foot brewery.

“It’ll have all the traditional aspects of an outdoor fest, while allowing people to experience the brewery, itself,” said Mustang Sally’s founder, Sean Hunt. “We’re holding it in an operating brewery and will give tours throughout the day.”

His business has been open five months, and he’s pleased with the support he’s received from the Chamber of Commerce, Fairfax County and the community. “We produce our own label, currently in drafts, but will eventually do bottles and cans,” said Hunt. “Both our head brewers were the last two head brewers for Old Dominion Brewing Co., which was the original, regional, craft brewery in the area.”

So the upcoming event, he explained, is to “bring all the Fairfax County breweries together to celebrate craft beer and craft breweries opening up in this county. Up until the last two years, you had to leave Fairfax County to experience quality, craft brews. There are now six breweries here, and we’re one of only two large ones.”

“This industry is very young and is still more collaborative than competitive,” said Hunt. “This event will be fun because we’ll have a different format. Each brewery will bring three beers and will offer them both outdoors and indoors on tap.”

Admission is $25 in advance via www.msbrewing.com or $35 at the gate. For designated drivers — who’ll receive different-colored wristbands — admission is $10. Each drinking attendee will receive four tickets for beer tastings, plus a logo tasting glass and brewery tour. They may also purchase $2 tickets on site for additional tastings. And people need not be 21 to attend; children 12 and under are free.

Part of the proceeds will benefit local charities for veterans, #22KILL and K9s For Warriors. #22KILL’s mission is to raise awareness of veteran suicide and mental- health issues such as post-traumatic stress, as well as educate the public about current veteran-related issues. K9s For Warriors provides service canines to veterans suffering from post-traumatic stress, traumatic brain injury and/or military sexual trauma as a result of military service post 9/11.

Also at BrewFest, a quartet of food trucks will be on hand to sell food to the hungry crowd. On tap are S&D BBQ, offering barbecue and grilled, American fare; TurCuisine, Mediterranean grilled food; The Inside Scoop, ice cream; and Weird Brothers Coffee, coffee and bakery items.

Three tours of the Mustang Sally production brewery will be given during the day. They’ll be every two hours and will last 20-30 minutes. Also planned is a “Meet the Breweries” area where the participating brewers and brewery owners will be on hand to answer people’s questions. They’ll present details about what it takes to open up a microbrewery.

Hunt said his brewery values old-world tradition and, so far, business has been good. “We truly are a distributing company, we produce quality beer and we really believe it’s as good as anybody’s,” he said. “We distribute through Hop and Wine Beverage to restaurants and other venues — to anyone serving draft beers.”

Now, he’s excited about and looking forward to BrewFest and is hoping for a good turnout. “It’ll showcase what’s going on in the county [in the realm of craft beer],” he said. “And it’s a fun way for people to meet all the breweries in one location.”