Lake Braddock’s running back committed to University of Virginia 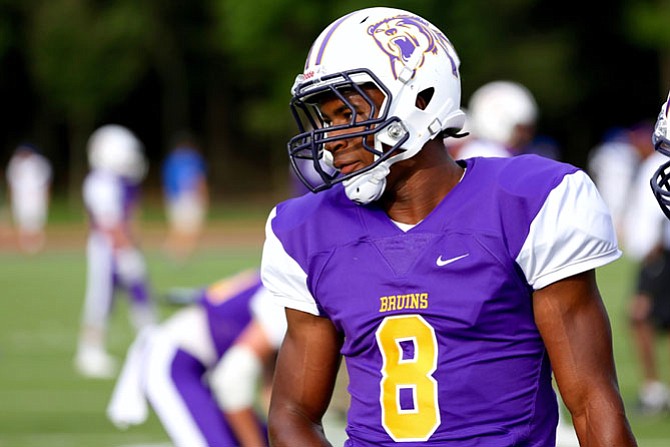 Lamont Atkins has been invited to play in the 2017 Blue-Grey All-American Bowl in Jacksonville, Fla. on Jan. 14, 2017. Photos Contributed

Lamont Atkins and the Lake Braddock Bruins are off to a scorching start this season. Under the leadership of head coach James Poythress, the team is 7-1 and ranked #2 in the state per the Virginia High School League.

In only eight games this season, Atkins has amassed 1,323 rushing yards and 20 TDs from only 101 rushes. In a historical senior campaign, he’s averaging 13 yards per carry and scores a TD every 5 times he touches the ball. Ranked the #14 all-purpose running back in the nation, by 247sports.com, Atkins has committed to the University of Virginia and will join the team in January as a mid-year enrollee.