The discussion ranged from how to keep a big dinner hot, the wisdom of pineapple in sweet potatoes, is turkey bone soup really any good — you use everything on the farm — and how to, or whether to, eat oysters. 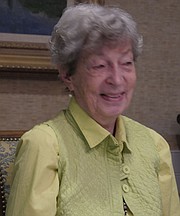 Mary Jane Nugent: “My mother wasn't a good cook, and I always thought Thanksgiving dinner came in a box delivered to your front door. I didn't know, and it seemed very complicated. We didn't have any grandparents close so it wasn't a big affair. When I got married I cooked a turkey and I found it's not so hard after all. My fondest memories have been here with our four children. I don't really have any favorite Thanksgiving food, but do you remember that lime jello with the pineapple? I used to go to the train to pick up the oysters, but I didn’t like them. I ate tuna-noodle casserole.” 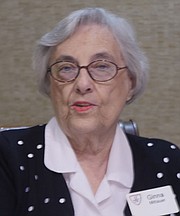 Virginia Mittauer: "I remember driving to my grandmother's in Elkhart, Ind. When we opened the door, the first thing I saw was the big round dining room table covered with dried noodles that she made every holiday. She made the dough and sliced the noodles and they were drying on the table. She always had tons of pies, vegetables and relishes. The table was groaning with food. At 2:00 we went to support the local high school boy's football game. Later when we lived here in Beverly Hills the football game tradition continued when all of the guys in the neighborhood assembled by osmosis and played a game of football. Now my daughter and her husband, who are good cooks, do interesting things like shrimp or steak. They had a lot of disasters with deep fried turkeys, like the thermometer breaking inside and having to throw away the turkey.” 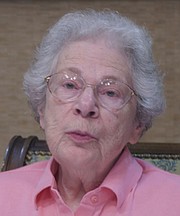 Amoret Bell Bunn: "I grew up in West Virginia, and my brother went to military school there but they didn't take Thanksgiving off. So we celebrated on Sunday instead. There was a football game in Roanoke and my aunt went to join friends, stayed overnight and went Christmas shopping the next day. My brother took the train, called the Huckleberry Express, from Blacksburg to Roanoke. Another thing we did was order a keg of oysters sent from Chesapeake Bay and keep them cold in the basement. We would mix up corn meal mush to feed them and you could hear the oysters slurp, slurp — sucking it up. Later we went to my husband's in North Carolina for Thanksgiving and for 20 years at our friends' place outside of Warrenton. So I've never had to cook a turkey." 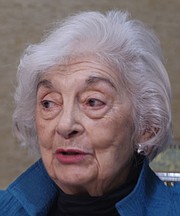 Bettye Walker: “My mother wasn't a good cook either but my dad could cook. He would decorate, too. He used to make turkeys for each place at the table out of prunes, raisins and guinea feathers. I always think I'll do it, but I'm too lazy. My husband loved scalloped oysters. We used to argue over whether to have oyster stew or to have them scalloped. But I didn't grow up with oysters; I was inland. This year I'm having the chef make an Irish potato casserole." 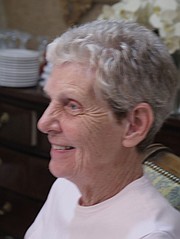 Judy Davis: "Well my family has gone from traditional to ordering in, to barbecue, to potluck. Now to everyone's delight we make reservations at Chadwicks. This year we have expanded to nine. I am not a traditionalist. I like everything, and last year I had barbecue. The way we do it, there is freedom of choice. Children grow up knowing tradition is good, but whatever makes you happy. We don't care what we eat as long as we're together."