... and all Vietnam War veterans. 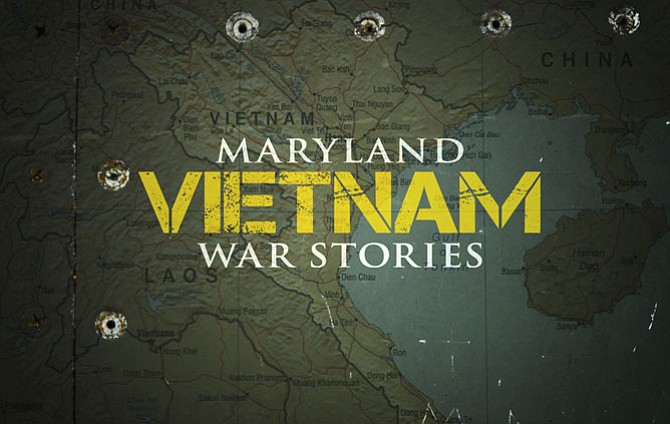 Retired Navy Captain Michael Cronin graduated in 1963 from the Naval Academy from pilot training in Cecil Field, Fla. in 1965. He immediately deployed for Vietnam, proud to be serving in the U.S. Navy and protecting his country. He flew the A4 Skyhawk on 175 solo combat missions in which his role was to seek out and destroy guided missile sites. Cronin was shot down on Friday, Jan. 13, 1967 by anti-aircraft fire near Than Hoa and immediately captured. He spent six years as a prisoner of war in the Hanoi Hilton and was released in March 1973.

Cronin was awarded the Silver Star and the Gold Star “for conspicuous gallantry and intrepidity while interned as a Prisoner of War in North Vietnam. Lieutenant Commander Cronin's captors, completely ignoring international agreements, subjected him to extreme mental and physical cruelties in an attempt to obtain military information and false confessions for propaganda purposes. Through his resistance to those brutalities, he contributed significantly toward the eventual abandonment of harsh treatment by the North Vietnamese, which was attracting international attention. By his determination, courage, resourcefulness, and devotion, Lieutenant Commander Cronin reflected great credit upon himself and upheld the highest traditions of the Naval Service and the United States Armed Forces.” Cronin also received the Legion of Merit, the Distinguished Flying Cross and the Prisoner of War Medal for his heroism, leadership, extraordinary courage, resourcefulness, and sound judgment.

“In prison I was sustained by the belief that I would eventually return home and although the war might last a very long time, the United States would never cease efforts on our behalf, and also, by a simple desire to live to enjoy freedom again,” Cronin said. “Our experience is an eloquent testimony to the fact that Americans do not forget those who serve their country. l think it is impossible to appreciate the United States until you have lived where freedom is only a theory. I think that there are few, if any, countries in the world in which so much concern would be shown for such a small number of men.”

He continued, “As a POW, you had nothing but time to think. You were issued only a toothbrush and a tin cup, held in solitary confinement and not permitted to communicate with the other POWs. However, we developed a tap code to communicate with each other. It was dismal and depressing, but what choice do you have? No one escaped. I am one of the lucky ones because I was able to live through it and come home. Fifty-eight thousand servicemen and women died.”

Cronin, who serves as president of the Potomac Kiwanis Club, was recently interviewed by Maryland Public Television (MPT) reporters for the three-part series entitled “Maryland Vietnam War Stories.” Two hundred-fifty Vietnam veterans from around Maryland were interviewed. From these conversations, 90 were selected — Cronin included — to tell their Vietnam War stories. The three-part documentary "Maryland Vietnam War Stories" premiered on MPT, May 24, 25 and 26 and will run again June 14 - 16 at 8 p.m. It can also be viewed anytime at www.Mpt.org and via the MPT App.

“The most moving part was seeing the footage and hearing the stories,” Tom Williams, MPT managing director for communications, said. “I came to fully understand what the experience was for the men and women serving at that time. In the film footage, I was able to witness, watch and hear what these men and women endured — how they sacrificed and at times suffered. The vets speak to how unpopular the war was and how they felt coming home to skeptics and peace marches, rather than being honored for their service and dedication to the U.S. They express the disillusionment they felt after they returned to the U.S.”

The Maryland Vietnam War Stories are leading up to LZ Maryland, a two-day event to honor Vietnam veterans as they gather together with family and friends — and the public. The event will be held Father’s Day weekend, June 18 and 19 at the Timonium Fairgrounds. "LZ" is for "landing zone," a safe, clear and ready place for helicopters to land without harm. MPT will make LZ Maryland reflect the same sense of safety. On the MTV website, it stated: “This landing zone is secure from the hurt and pain of the past. We have created a safe landing and welcome you home. We thank you for serving your country. We gather here — with you and your family and friends — to celebrate your service, valor, and sacrifice.”

To honor our Vietnam servicemen and women, LZ Maryland will feature a variety of activities and entertainment. There will be a Tribute Ceremony, Saturday at 6 p.m. to salute the region’s Vietnam vets and Marylanders who were killed or missing in combat. Additionally, on Saturday afternoon, Marylanders who died in combat or are still missing will be remembered. These 1,017 men and women will also be remembered with a memorial of white empty chairs placed in rows at the infield in silent tribute to those who did not return from the war. There will be a Vietnam “Tour of Duty” Map and a Wall That Heals.

Two stages will feature entertainment including music from the 1960s as well as a performances by the U.S. Air Force Band’s “Singing Sergeants” and Celtic Aire ensembles. There will also be a Bob Hope-style USO show and performances by local and regional musicians. Additional activities will include displays of Vietnam-era military vehicles, aircraft, gear and equipment, reunion lounges and more.

See http://vietnam.mpt.org/lzmaryland/ for more information and to purchase tickets or to make donations.

“This is a wonderful and meaningful event to provide the ‘Thank you’ and ‘Welcome Home’ that our Vietnam vets never had. It’s also a way to pay tribute to the brave men and women who served,” Williams said,

Tickets for LZ Maryland are on sale now at the website. Tickets are free for veterans, active-duty military and gold star families. All other tickets are $5. The event will run from 10 a.m.-10 p.m. on Saturday, June 18 and from 10 a.m.-3 p.m. on Sunday. June 19.