Stehle is in; Greenfield is out – maybe. 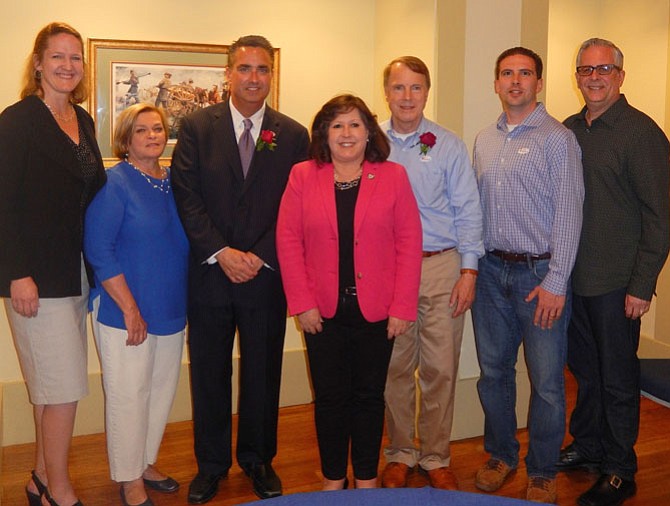 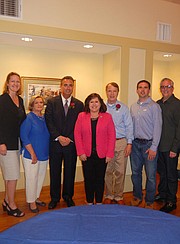 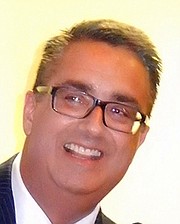 It was a night of high drama and raw emotion as Scott Silverthorne held off a challenger to win re-election to his third term as City of Fairfax mayor. Meanwhile, Jon Stehle was elected to City Council for the first time, while Councilwoman Nancy Loftus unseated fellow Councilman Jeff Greenfield by a slim, four votes.

Tuesday, May 3, was Election Day in the City, and the candidates gathered at night in Historic Blenheim to await the results, along with family members and friends. In the mayoral race, Silverthorne beat challenger Tom Ammazzalorso by a healthy margin of 1,694 votes to 1,217, capturing nearly 58 percent of the vote.

As for the School Board, the one challenger dropped out earlier, so all five incumbents – Toby Sorensen, Carolyn Pitches, Mitch Sutterfield, Jon Buttram and Robert Reinsel – were re-elected. After all the results came in, the various candidates took to the podium, including Ammazzalorso, who gave a concession speech and vowed to stay involved in the City.

THEN TO LOUD APPLAUSE, Silverthorne addressed the crowd. Thanking his friends, family, reelection team, Council colleagues and City residents who supported him, he said, “Thank you for making me the ‘Comeback Kid.’”

Last year was a rough one for him, since he had to overcome both financial and health problems. He had a malignant tumor on his neck and, following some grueling treatment, he’s now cancer-free. Silverthorne also ran a clean campaign but, four days before the election, he was blindsided by a personal attack on him in a flier distributed by his challenger.

So the fact that he won such a decisive victory Tuesday night made it all the sweeter. “Politics can be a tricky business,” said Silverthorne. “But if you run an honest, above-board, straightforward campaign, you will prevail.”

He also congratulated Stehle for running a second time for Council, and winning. And he praised Greenfield, who “has served this community ably for 22 years.” Silverthorne then thanked the many people he’s served with over the years. “Each and every one of you played a critical role in this campaign; thank you for all the love and support. It’s been a tough year, but I’ve come back.”

“We’re at a crossroads and we can do great things if we work together collaboratively, going forward,” he continued. “I’m enormously humbled and gratified – after a very spirited challenge – that the voters of this community continue to place their trust in me to keep their city moving forward.”

Regarding his outcome, Greenfield told the crowd, “Things happen; but now I’ll get to spend more time with my wife and daughter. Thank you for all your support, these 22 years; I’m still the longest-serving member in the City’s history.”

Schmidt said she enjoyed hearing the citizens’ and business people’s concerns while campaigning and was pleased that they told her, “The City is a great place.” She added, “The future is bright and I’m looking forward to what it brings.”

Meyer noted that, in some parts of the world, people lose their lives over elections, so he especially appreciated the efforts of the voters and the elections officers. He thanked the residents for their faith in him and said it’s his privilege to serve them.

Miller thanked her family and “the many people in this community who welcomed me into their homes and hearts. I’m prepared to roll up my sleeves and continue working hard.”

DeMarco called it a “challenging” campaign and thanked the voters for the confidence they placed in him. He said Greenfield will be “sorely missed,” but he looks forward to working with Stehle.

“This is awesome,” said Stehle. “I take this job seriously and thank you so much for giving me the opportunity to take that next step forward.”

“We may have disagreements, but there’s no doubt in our dedication to the City,” added Loftus. “Just four votes separate Jeff and I, and I have nothing but respect and admiration for him.”

AS FOR THE SCHOOL BOARD, Sorensen said, “We work really hard to make our schools the best they can be. We have world-class education in neighborhood schools.” Sutterfield said the Board members make a good team, and Reinsel said what makes the City of Fairfax great and gives it its small-town character is “its people.”