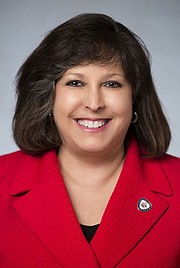 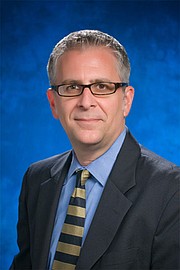 When Fairfax City Manager Bob Sisson presented his proposed FY 2017 budget for the City, in February, he recommended raising the real estate tax by 2.7 cents, to $1.0815 per $100 assessed valuation.

But when it came right down to it, City Council was able to adopt a budget last week that held the real estate tax increase to just one cent over the current rate of $1.052 per $100 assessed valuation, to $1.062. Of that amount, $.0225 is dedicated to the City’s Stormwater Fund.

The Council also approved planned increases to the wastewater user rates and the commercial and industrial (C&I) tax rate. The wastewater rates will rise 10 percent. “Without this increase to make infrastructure improvements to the system – especially at the Noman Cole Wastewater Treatment Plant – there’d be a budget shortfall,” explained Sisson. The new rates will take effect with the July 1 wastewater utility bills.

Regarding the C&I tax, Finance Director David Hodgkins said staff recommends increasing it by two cents to $.095 per $100 assessed valuation. “It would generate $1.7 million in funds for City transportation projects and would allow us to receive NVTA [Northern Virginia Transportation Authority] matching funds,” he said.

IN A WORK SESSION just prior to the Wednesday, April 27 budget adoption, the Council members were able to make budget cuts lowering the real estate tax rate to $1.07. So during that night’s regular meeting, they continued whittling away at it to reduce it further.

Councilwoman Ellie Schmidt recommended reducing the litigation budget by $25,000. Disagreeing, Councilman David Meyer said, “In the case of protracted litigation, we need to have as many resources as possible, so I’m not in favor of it.”

However, Schmidt’s motion passed, 5-1. She also suggested reducing the tuition-reimbursement fund for employees by $22,000. This amount was for additional training and about $47,000 would still remain. This motion also passed.

Schmidt also placed on the chopping block the $200,000 earmarked for the employee compensation study. “I recommend that we hold off on that and not include it in the budget,” she said. “The money would be for adjusting City employees’ salaries up or down, once the results of the study come back.”

But her motion failed, 4-2. “It’s critical for us to pay competitive salaries,” said Councilman Michael DeMarco. “So I think it would be prudent for us to keep that money in there.”

Meyer wanted to add $25,000 to the budget for the Commission on the Arts for a piece of art to be installed at Old Town Square. “This would be an affirmation of the Public Art Policy that we adopted,” he explained. But his motion failed.

DeMarco wondered if the recommended $336,000 increase in the street repaving and concrete curb-and-gutter budget was necessary. But, replied Public Works Director David Summers, “We’re behind in a lot of our repaving projects and this would help us catch up. And when we don’t keep the base road in good repair, the overlays don’t last as long and waterlines break. The $2.5 million [total] is just to keep up.”

Agreeing, Mayor Scott Silverthorne said, “I’ve had more complaints about our streets in the past two years, than in the 20 years I’ve been involved in local government. And it often costs a lot more to repair them after we’ve let them deteriorate, than if we’d kept up with them, in the first place.”

Councilwoman Nancy Loftus recommended removing the $25,000 budgeted for LED street signs. Summers said they’d be “for the Old Town area to help illuminate the intersections and crosswalks downtown because the gas lights don’t provide a lot of light.” The motion passed, 5-1.

Loftus was also against giving salary increases to City employees. “I can’t raise the taxes on everyone else to raise employees’ salaries,” she said. “So I recommend we not fund the merit-pay increase.” But no one seconded her motion, so it died.

Schmidt then suggested giving the employees a 2.5-percent merit increase, instead of the proposed 3.5 percent. But, said DeMarco, “If we don’t keep up with the merit increases, we’ll fall further behind other jurisdictions. So I recommend keeping it at 3.5 percent.”

Furthermore, added Councilman Jeff Greenfield, “For several years during the recession, there were no pay increases, and we promised to make them once things got better.” Schmidt’s motion then failed, 4-2.

However, by the end of the night, the Council had made nearly $100,000 in budget cuts and reduced the real-estate tax rate so that it wasn’t far from just a one-penny increase over last year’s rate. Councilwoman Janice Miller then moved to “direct the city manager to find that money to take out of the budget to bring the proposed tax-rate increase down to one cent, for a real-estate tax rate of $1.062. I’d leave it to his discretion.” Her motion was approved.

THE COUNCIL then set the employees’ cost-of-living increase at 1.35 percent and merit-pay increase at 3.5 percent, both effective July 1. The vote on the real estate tax rate was approved 5-1, with just Loftus voting no.

“This was a much smoother process this year, than last year, and I want to congratulate my colleagues and City staff who [participated] in the budget document,” said Silverthorne. “We all did our best to keep the tax-rate low, while balancing the services we provide.”