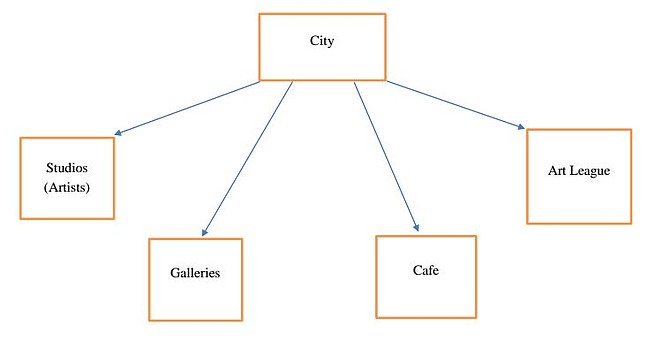 On the surface of Alexandria’s arts community, but in the depths of city bureaucracy, major changes are underway at the Torpedo Factory, the arts facility right at the heart of Alexandria’s waterfront.

For the last year, administration of the Torpedo Factory has been paralyzed over questions over the center’s future management. At the end of June, the Torpedo Factory Arts Center’s lease with the city expires. The city has set up a three-month extension, but with no clear long- term solution is in sight, the city stepped in to directly take over management until a new government structure can be found. 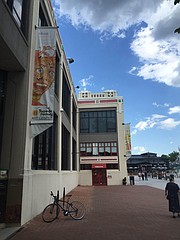 The Torpedo Factory on the Alexandria Waterfront. 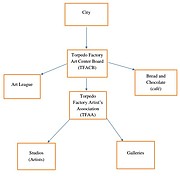 For now, the city is working to make sure very little seems to change.

“For the average artist, nothing will change,” said Diane Ruggiero, deputy director of the Office of the Arts. “They will still have a studio, still pay rent, still keep current requirements and have no additional mandates.”

The only noticeable change Ruggiero says will be that anyone with maintenance or management questions will contact the city. All current employees at the Torpedo Factory Arts Center will be absorbed as temporary city employees, so Ruggiero says many of those the artists need to contact will remain the same.

“Friction at a board level has created issues that have plagued the Torpedo Factory reform process since the beginning,” said Baker. “We’ve had conversations but no consensus.”

Suzanne Bethel, executive director of the Art League, said she hasn’t heard anything so far that leads her to believe the artists are being cut out of the decision-making process.