Alexandria: Learning about Civil War from a ‘Drill Sergeant’
Votes

Alexandria: Learning about Civil War from a ‘Drill Sergeant’ 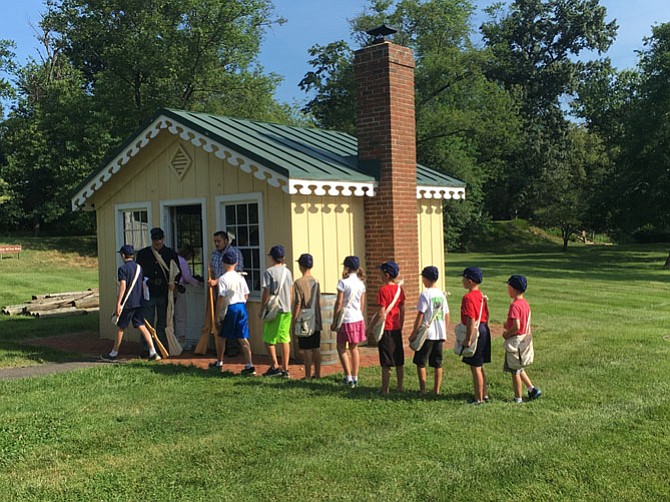 Youths line up tallest to shortest, as a real company of soldiers would fall in, to receive their prop muskets at Fort Ward’s Civil War Kid’s Drill Day. Photo by Antonella Nicholas/Gazette Packet 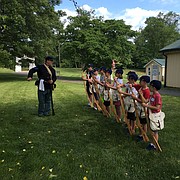 “Drill Sergeant” Alan Spaulding explains how to load and reload a musket to the participant. 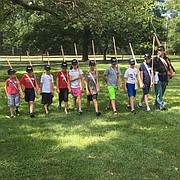 Before the activities began, Fort Ward Museum Director Susan Cumbey gave the youngsters a short history lesson. During the Civil War, Fort Ward was a Union fort, and is currently the best preserved fort that participated in the defense of Washington.

“Drill Sergeant” Alan Spaulding taught the children a variety of drills from the Manual of Arms. Spaulding demonstrated with a real musket; the children used wooden cutout props. Spaulding also explained the specifics of a soldier’s uniform and equipment.

Spaulding, a longtime Civil War reenactor, said he enjoys giving the young participants a “taste of what new recruits had to do to become a company of soldiers. The kids have fun, I have fun,” he said.