Assistance League of Northern Virginia Installs New Board of Directors 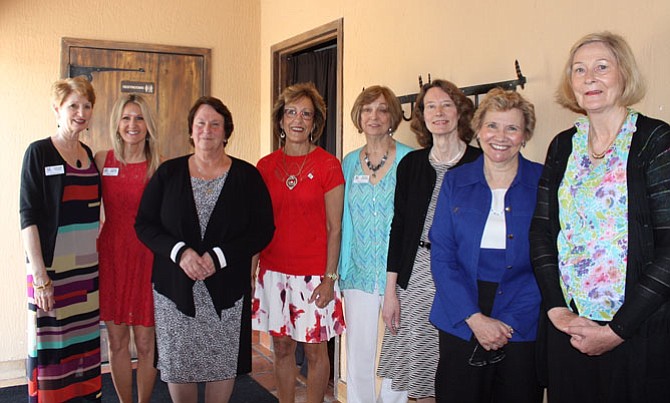 Assistance League of Northern Virginia’s Installation of the 2016-17 Board of Directors was conducted on June 13 during the annual chapter meeting and luncheon. This year’s meeting was held at Dolce Vita Cucina Italiana in Fairfax and offered an opportunity for members, old and new, to join together to celebrate the chapter’s successes for the year. Pat Thompson, president of Assistance League of Northern Virginia 2014-16, thanked all members for dedicating their time and energy to improving the lives of children in need. She asked members to reflect upon the significant impact their work has had on the community the organization serves. Member volunteers were commended for donating over 7,000 hours of service in support of the nonprofit’s philanthropic programs which touched the lives of 17,101 children this school year. Gail Banks, Marty Le Van and Wilma Bastian were recognized for their outstanding achievements with respect to the Weekend Food for Kids program. Parliamentarian Darlene Cooke administered the oath of office to the new board, including, Linda Shilts, President, Jeanne Sclater, VP Philanthropic Programs, Kathy Jackson, VP Membership, Karen Craft, VP Resource Development, Nannette Henderson, Education Chairman, Lynn Barron, Recording Secretary, Pat Thompson, Treasurer and Karen Amster, Public Relations Chairman.Assistance League of Northern Virginia is an all-volunteer 501(c)(3) nonprofit that feeds, clothes and educates children in need in Fairfax and Prince William Counties and the City of Alexandria. Operation School Bell and Operation Hugs programs will resume in Fall 2016. To learn more, visit www.northernvirginia.assistanceleague.org.