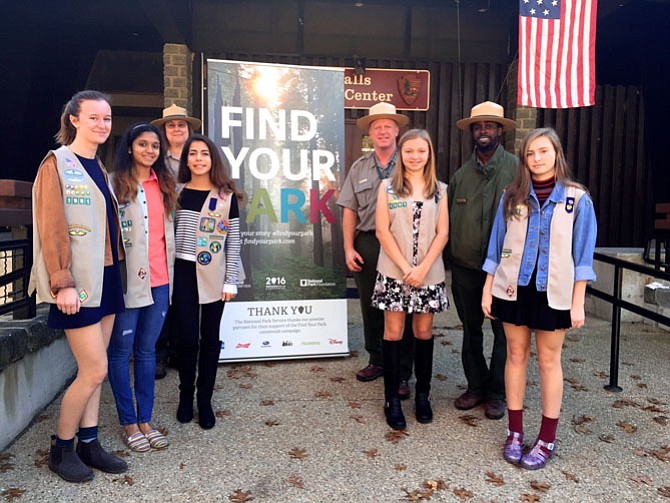 Each girl planned and completed an individual 50-hour community service project at the Great Falls National Park. The girls’ mission was to update the Children’s Corner at the National Park Visitor’s Center. The Cadettes developed a variety of new activities such as, games, puzzles, podcasts, trail map, animal characters, activity sheet, touch boxes, and educational table tops. The projects will be added to the Visitor’s Center over the next several weeks.

In August of 2016, the National Park Service turns 100. The revitalization of the Children’s Corner kicks off a second century of stewardship for America’s national parks and for communities across the nation.

From Daisy Scouts who started ten years ago, the girls of Great Falls Troop 1991 now begin their next phase as Senior Scouts.