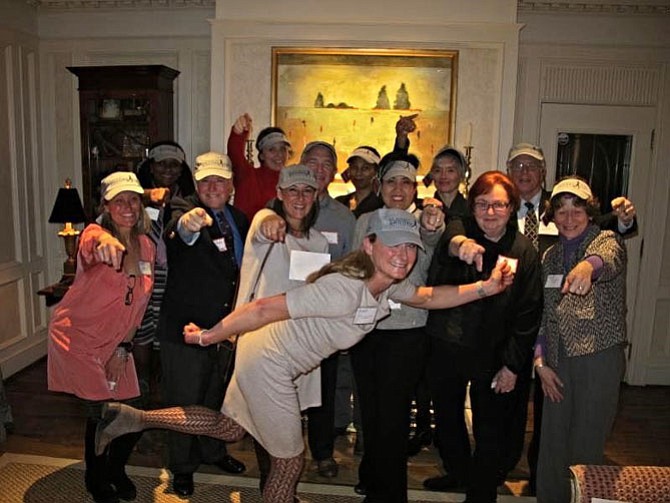 Brooke Curran, front, celebrates Feb. 10 with recipients after awarding $70,000 in Move2Learn grants to 12 nonprofits through the RunningBrooke fund. Photo Contributed

Brooke Curran, founder of the RunningBrooke fund, presented $70,000 to 12 local nonprofits Feb. 10 as part of the 2016 Move2Learn grants awards.

Awarded as part of the 7th RunningBrooke grant cycle, the funds will benefit more than 1,755 at-risk children.

“This year, priority was given to nonprofits that use exercise and physical activity to boost learning,” said Curran, who has raised more than $750,000 since founding the organization in 2009. “Research has shown that kids who move more do better in school so we honed our focus for this year’s funding on initiatives that will get a kid moving.”

Curran, who has pledged to run 100 marathons for charity, expects to hit that milestone later this year.

“If things progress as planned, my 100th marathon is likely to be in August,” Curran said. “I haven’t decided where that will be but it would be a great honor for me to run with someone running a marathon for the first time. We could run and celebrate both of our achievements together.”

Curran also expects to surpass the $1 million mark in funds raised sometime in 2016.

“Both of these are big milestones for me,” Curran said. “And they are milestones for the community and the many nonprofits that help at-risk children in Alexandria.”