Notes from the Producer 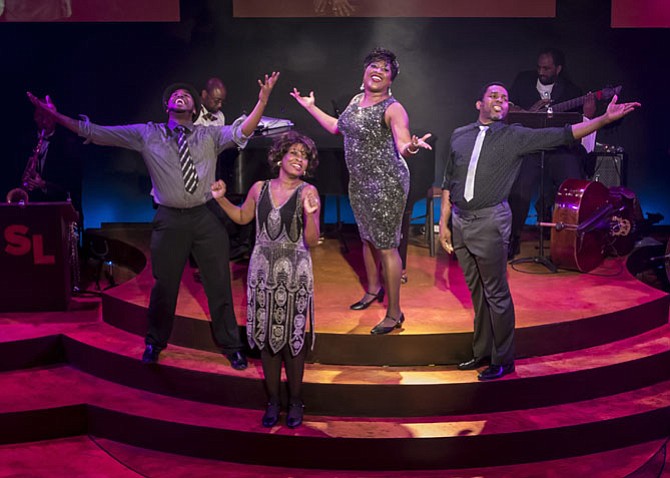 MetroStage is known for its original work on stage. The plays and musicals that we produce for our stage are an eclectic range, unique to our stage, placing us in a special corner of the theatre world. Over and beyond the entertainment value, there will be memorable stories and characters that we hope will live with our patrons long after they leave the theatre. So when I asked Tom Jones if he would like to put together a musical for this season with songs from all of the shows we had produced at MetroStage with composers William Hubbard and William Knowles, he didn’t hesitate. Overnight I had commissioned a song cycle featuring “Jones, Hubbard and Knowles.” I had fallen in love with the music over the past 15 years, had personal favorites and consistently said to anyone who would listen that there were many stand alone songs that deserved exposure beyond our stage. Little did I know that the team would have more than 300 songs to choose from. In fact I think they were just as surprised.

As this production evolved, the songs clustered around multiple themes and “Shake Loose: A Musical Evening of Blues, Moods and Icons” was born, true to musical form, falling into seven movements. From 300 to 39 songs was not an easy task, but I think we have good representation of our past shows and an extraordinary range of music, definitely the blues but also jazz, rhythm and blues and a little funk for good measure. Given the thematic nature of this musical journey, touching on historical moments and the icons making history and creating new musical genres as they made their ground breaking music, “Shake Loose” became so much more than a song cycle or a musical revue. It had become a musical journey told in the distinctive rhythmic language of book and lyrics writer Tom Jones and the exceptional musical composition of his partners William Hubbard and William Knowles. MetroStage is very proud of this long standing partnership and are pleased to be presenting the world premiere of “Shake Loose.” So move over Kander and Ebb, Maltby and Shire and Leiber and Stoller. And set a place at the table for “Jones, Hubbard and Knowles.”