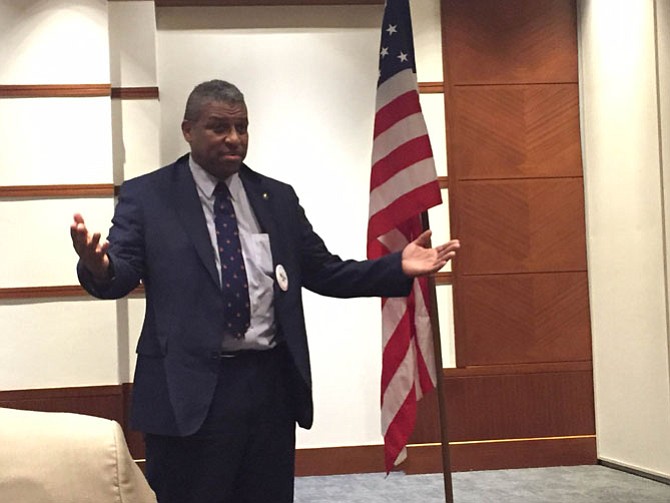 It’s been a little over a year since U.S. Rep. Don Beyer (D-8) took office, and both the first term congressman and his political opposition have been busy in that time.

Beyer had what he calls “two and a half” bills passed this year. It’s not high profile legislation, but for a congressman in the minority, Beyer says he’s proud of them. The half-bill was part of legislation attached to the highway bill. Beyer’s amendment returned control over towing to local jurisdictions, the beginning of a process to stop the predatory towing that’s troubled Arlington County in recent years. 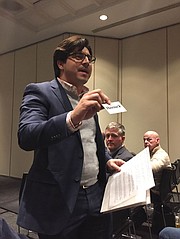 The first full legislation was a science prize bill — essentially, a bounty on the American scientific communities toughest problems.

“NASA has been using cash prizes for years to engage people to solve math problems,” said Beyer. “This extended that to the National Institute of Health and the Center for Disease Control. It’s engaging more citizens in solving some of the nation’s most difficult problems.”

The other legislation was a bill supporting resources to the National Science Foundation for research into the causes and treatment for dyslexia. Beyer’s cosponsor on the bill was Lamar Smith, a Republican representative from Texas. While politically opposed on many issues, Beyer says he was surprised by how cordial relations were between members of the two political parties.

“It’s actually friendlier than I thought,” said Beyer. “The outside perspective is that it’s dysfunctional and everyone hates each other, but that’s not true. It’s very easy to walk on either side of the aisle and have positive conversations. A lot of people, I think their votes would be different if they were secret, but the great fear is being primaried and facing attacks from the extremes in their party.”

In his own district, Beyer doesn’t face any pressure from more hardline Democrats challenging his reelection bid, at least not yet.

However, the Republican challengers are already starting to line up. Two Republican candidates stepped forward at the Jan. 27 Arlington County Republican Committee meeting to take on Beyer: Mike Webb and Charles Hernick.

The loudest voice of opposition so far has been Webb, a Republican and a retired army officer. Webb has attacked Beyer on everything from climate change to Beyer’s handling of minority groups within his district. Webb’s campaign has started as grassroots as they come in the 21st century, with a Facebook page, and then local farmer’s markets and churches when that started gaining a following.

“I have a straight conservative message,” said Webb. “I’m not watering that down. I’m not a progressive or a liberal.”

Webb’s priorities sync up with his image as a true-red conservative.

“My main issue of concern is the Right to Life,” said Webb. “I do not understand how we can forget those without a voice and call it ‘pro-choice.’”

While the legalization of abortion was ultimately a U.S. Supreme Court decision, Webb says he would support everything from defunding Planned Parenthood to a constitutional amendment to stop abortions. On the topic of removing funding from Planned Parenthood, an organization that has been at the center of national controversy, Webb said that taking away government funding from the group was necessary. 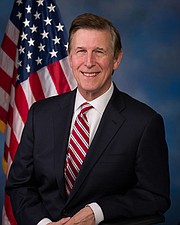 “Legislation isn’t a scalpel,” said Webb. “It’s not a surgical remedy, but you can apply a hammer to things that are wrong. When you’re killing innocent babies, there’s nothing more wrong than that.”

As a military veteran, Webb also expressed concern that the United States is not sufficiently supporting its armed forces. Webb said that his priority would be ensuring that the military, especially the overburdened special operations branches, receive sufficient funding for their operations. Webb also noted that, had he been in Congress at the time, he would not have supported a nuclear deal with Iran.

While Webb’s main focus is on broad social conservatism, his competition is honing in on more legislative priorities. Hernick says he’s running as a Republican because he believes the government can function more effectively. Taking the recent snowstorm as an example, Hernick noted that many employees were able to work as efficiently from home as from their office.

“With better technological approaches, we could be able to keep the federal government running [during crises like this],” said Hernick. “We need to work to improve our technological access and our workplace flexibility.”

“I believe in climate change and believe we have to do something about it,” said Hernick. “I think this is an issue where there is growing consensus for younger folks that something needs to be done. We have two options. It’s a real problem, so we can do something that would be a big government approach, or find ways for private markets to work well and towards an approach. Carbon cap and trade markets work well, but I am not an advocate for a carbon tax. A carbon tax at a federal level ignores work and leadership demonstrated by states [in cap and trade], particularly in New England.”

The 8th District hasn’t had a Republican representative since 1990, when Jim Moran unseated Republican Stanford Parris. But Frank Shafroth, director of the Center for State and Local Government Leadership, said that the possibility of a Republican congressman can’t be so easily dismissed.

“This year politics has been turned on its head: to what party does Donald Trump belong?” asked Shafroth in an email. “Remember, the conventional candidate, Governor Bush, seems an almost afterthought. There appears little evidence that the anger with Washington and ‘politics as usual’ has rubbed off at the local level, but it was not all that many years ago that [Northern Virginia] had Republicans: Tom Davis being the most recent.”

The question, says Shafroth, is how great is the local dissatisfaction with the current Congress?

“In the 1974 election, there was a ‘throw the bums out’ vote that produced the largest freshman class in the nation’s history,” said Shafroth. “voters did not want ‘business as usual.’”

However, Shafroth noted that many of the politics of Republican candidates might not appeal to the broad range of ethnicities in places like Alexandria. But even on economic issues, Shafroth says Virginia is doing very well, and that the strong recovery is usually tied to strong approval ratings for legislators.

So, while possible, the Republican candidates still face an uphill battle for a congressional seat in the 8th District. In the 2014 election, Beyer claimed 63 percent of the vote, with a 64,292 vote over Republican challenger Micah Edmond. On the surface, Webb admits he and Edmond share similarities. Both are conservative African-Americans with a military background. However, Webb says the similarities end there. Webb says Edmond failed to capitalize on the strong African-American communities of faith. For that matter, Webb says Beyer has also neglected the African-American communities of faith.

Webb says his campaign has two things going for it: Webb’s strong roots in the local African-American community, and an incumbent he has accused of “not doing his job.”

Where Webb is hoping to win with what he sees as an untouched evangelical majority in the 8th District, Hernick is aiming for the younger vote.

“Conventional wisdom is that this is a blue district, but I see things differently,” said Hernick. “I believe there’s a new generation of people interested in free enterprise, equal rights, fiscal responsibility, national security and faith.”

The differences between Hernick and Webb are already emerging in their campaigning styles. Hernick emphasized civility and has said he’s focused on running a positive campaign rather than a negative one towards Webb or Beyer. Webb, on the other hand, says he isn’t afraid to fight dirty.

“This is a deep seated base,” said Webb. “This is not going to be a gentleman’s fight … Fortune favors the bold. You have to attack. People need to know what the difference is between us and them.”

Where Hernick has focused on emphasizing his own strengths and experience as an environmental consultant, Webb targets Beyer.

“[Beyer] says ‘critical pieces of legislation have passed’, but one is an amendment for towing legislation,” said Webb. “it’s not the most important issue.”

But Beyer says he spends as much time in Congress playing defense as he does pushing forward legislation.

“On the [House Committee on Science, Space, and Technology], we tend to be dominated by climate change skeptics and deniers,” said Beyer. “We often have to speak in defense of existing [environmental legislation] and resist attempts to overthrow them.”

But as the minority, Beyer says he doesn’t always come out on the winning side of that fight. In particular, Beyer says he’s been fighting against H.R. 2295, a bill that would allow natural gas pipelines rights-of-way through all federal lands, including National Parks.

“I fought that at committee level and floor level, and I lost both times,” said Beyer, “but I don’t think it will pass the Senate or President. In the meantime, we’ve created a lot of arguments about why that was a bad bill.”

There’s not a lot of instant gratification in legislation, one of the lessons Beyer has learned from his first term in congress, and one he hopes he’ll be able to expand on in a second term.

“You have to be patient and take the long view, especially being in the minority party,” said Beyer. “My top priority is still the carbon tax and economic dividend … but, you also realize you’re not going to get it done in the 114th Congress. But maybe I can get it done in the 115th or 116th. I just have to make the case as best I can.”