Former Alexandria resident killed returning to neighborhood he grew up in. 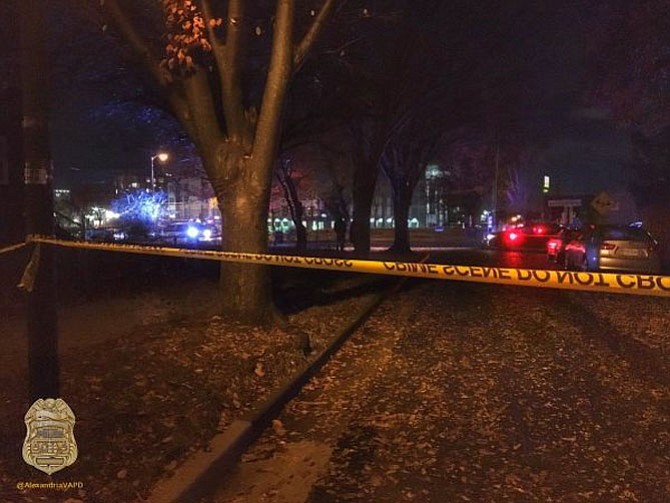 There was more to Colby Dielle McClennon than a criminal record. He’d had an arrest record with using and selling drugs, but that’s not what Janice Bates remembers about McClennon. The McClennon she remembers was a young boy who came over to her house asking to play Atari with her son. McClennon was raised less than a block away from where he was found murdered in North Old Town on Dec. 1.

Responding to a shots fired call around 9:30 p.m., police found McClennon near Powhatan Park. McClennon died at the scene. Police are investigating the murder but have made no arrests.

McClennon, 41, had been in and out of jail on various drug or theft related charges, most recently being released earlier in 2016 to a facility in California.

“Everybody knew Colby. It’s a shame he came all the way back from California to his home just to get killed.” — James Bates

“Colby used to deliver the newspapers around the neighborhood,” said James Bates, a resident of Colonial Avenue. “Everybody knew Colby. It’s a shame he came all the way back from California to his home just to get killed.”

James and Janice Bates’ son, James “Bobby” Bates, knew and played basketball with McClennon when they grew up together. Bobby Bates described McClennon as timid and humble, though the two drifted apart as they became adults.

According to Janice Bates, McClennon’s grandmother Margie Jackson used to clean the park McClennon was killed in.

“She wanted to make sure it was clean and safe,” said Janice Bates.

According to Janice Bates, Jackson had been a prominent figure in the local community until her death a few years ago. After someone died, Jackson would walk up and down the streets collecting donations for the family to make sure the deceased received a proper funeral.

“He was very mannerable. He had to be. His grandmother was very religious and came from a strong Christian faith.”

While shrines with pictures and gifts honoring the dead remain at the sites of two murders earlier this year a few blocks away, no shrine marks where McClennon died in Powhatan Park. Janice Bates said she hasn’t been able to bring herself to go back to the park.

Many in the neighborhood expressed fears and frustrations about the lighting and policing of the park for years leading up to the murder.

“I’m disgusted,” said Debra Wilson, who had heard the gunshots the night of the murder. “We need two street lights. It’s so dark in that alleyway. We’ve been urging City Council to install them for years. It’s a danger for residents.”

Wilson was one of the residents that had spoken at earlier community meetings following the nearby deaths of Saquan Hall and Pierre Clark. Wilson and others had warned city officials at the time that if the park weren’t lit, violence and illegal activity would continue.

“There’s a lot of disbelief here,” said Beth Simmons. “That’s a dark alleyway and there used to be a lot of drug issues back there.”

Others said the city should go further, including making sections of the park more visible or adding a camera to the site.

“We need a camera in that park and the city needs to monitor it,” said Greg Hudgins, a 25-year resident of the neighborhood. “It’s been a trouble spot. [This neighborhood] is highly desired. Any house on the market here is sold in days. It’s so close to the Metro, we see many young folks moving here with kids. I’m not concerned, but I don’t want those young local couples living nearby to feel afraid.”

“I’ve lived here for 18 years,” said Sophia Estevez. “It’s a quiet neighborhood. Something like this is concerning. I walk by that park all the time. We need more police activity there at night because it gets a little out of control sometimes.”

Estevez pointed over to a line of children walking along the sidewalk beside the park only a few hours after McClennon’s murder.

“It’s shocking,” said Estevez. “There are kids around here.”

McClennon’s murder is the seventh in Alexandria in 2016, the most in the city since 2007.

Anyone with information is asked to call Detective Loren King with the Alexandria Police Department at 703-746-6689.