MOD stands for Made On Demand. 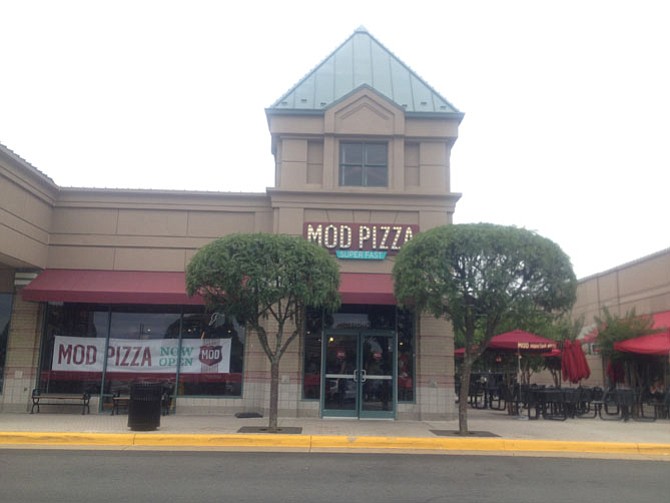 The new MOD Pizza located at Reston’s Plaza America opened on Friday, July 1. Guests can choose specialty pizzas or create their own with a range of toppings. Photo by Ryan Dunn. 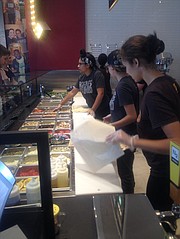 MOD Pizza at Reston has approximately 30 employees. Founded in Seattle, Wash. the privately owned company has expanded to the east coast with Virginia locations also in Vienna, Ashburn and Fairfax.

MOD Pizza, MOD stands for Made On Demand, held a grand opening at Reston’s Plaza America on July 1. The new restaurant fills a space vacated by Vie De France in October 2014. MOD Pizza is a national franchise that serves artisan-style pizza in a fast, casual setting. The restaurant comes to the D.C. region from Washington state. Founders Scott and Ally Svenson formed the business in 2008 to fill a need for thin-crust, affordable pizza in their hometown of Seattle.

Guests can choose specialty pizzas or create their own with a range of toppings. The round pizza cooks in less than five minutes. There are locations in the Vienna Shopping Center, Fairfax and Ashburn. The Reston location serves salads, milkshakes, wine and DC Brau beer.

Area residents have welcomed the new restaurant. “It was good, I enjoyed it,” said engineer David Kimpton. “It was delicious, I like how you can pick your own ingredients,” said Fairfax resident Matt Robinson.

On Reston MOD’s grand opening day one hundred percent of pizza sales Friday went to Generosity Feeds, a nonprofit based in Virginia dedicated to helping feed hungry children in America. There was also a retro photo booth, and prize giveaways. One of the walls inside the Reston MOD pizza is decorated with a photo mural with photos of MOD employees and area landmarks including the Reston Regional Library and Colvin Run Mill.