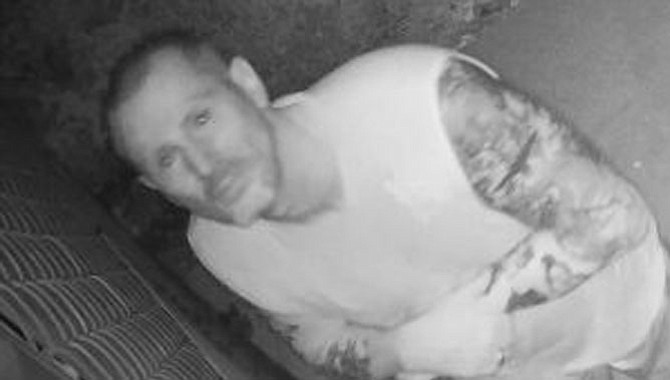 Detectives from the Montgomery County Police Department – 2nd District Investigative Section released photos from a surveillance video of the suspect in the burglary that occurred at the Seven Locks Swim & Tennis Club in Potomac. They are asking for the public’s help in identifying him.

On Monday, July 11, a representative of the Seven Locks Swim & Tennis Club located at 9929 Seven Locks Road reported a burglary. The swim club representative discovered cash missing from the register and upon reviewing surveillance video, observed a suspect burglarizing the club on Monday, June 27 at approximately 12:48 a.m..

Video surveillance showed the suspect climbing an exterior fence and entering the pool area. The suspect opened the gate to the snack bar and stole an undisclosed amount of cash from the snack bar register.

Anyone who recognizes the suspect or has information about this burglary is asked to contact the 2nd District Investigative Section at 240-773-6710. Tipsters can also call Crime Solvers of Montgomery County toll-free at 1-866-411-TIPS (8477) or enter a tip online at www.tipsubmit.com/WebTips.aspx?AgencyID=758. Crime Solvers will pay a cash reward of up to $10,000 for information provided to them that leads to an arrest and/or indictment for this felony crime.