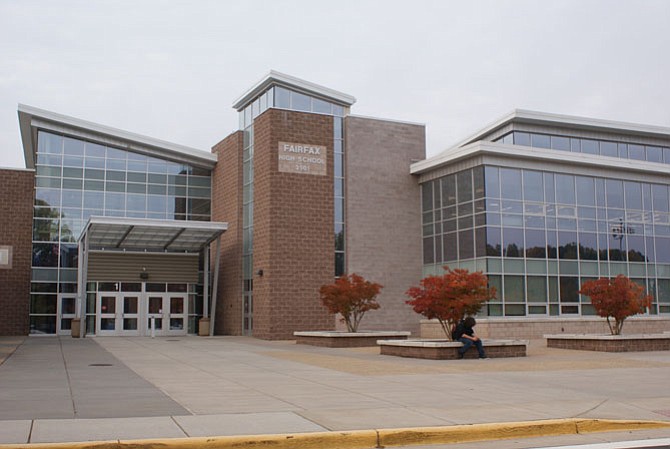 Fairfax High has been ranked by U.S. News and World Report as one of the top ten high schools in the state. Photos contributed 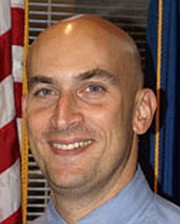 Fairfax High School Principal Dave Goldfarb told the City of Fairfax School Board on April 4 that Fairfax High School (FHS) is in a “period of glory days.” Ranked by U.S. News and World Report as one of the top ten high schools in the state, FHS welcomes almost 2,400 students speaking 65 different languages at home and coming from over 93 countries. In 2015 FHS graduated 690 students, its largest graduating class in history.

Principal Goldfarb outlined many new initiatives at FHS this year, including the implementation of later start times, changes to the grading policy and Project Aware, a wellness project designed to support the emotional needs of all students.

This year is the first year of the later start times for high schools across the county. Fairfax High now begins at 8:10 a.m. instead of 7:20 as they have done in the past. Changes Principal Goldfarb has seen include an increase in bus ridership, early faculty meetings to accommodate staff commuting from outlying areas and an easier time for parents dropping off students in the morning.

Principal Goldfarb also outlined an update to the grading procedures. For the first time set parameters for all teachers throughout the school. Teachers are allowed to give “second chances” on exams to ensure the students learned the information and homework is capped at 10 percent of the overall grade. “These changes prioritize a mastery of learning and promote a growth mindset,” said Goldfarb.

Joined by administrators Catherine Stone and Laura Rotella, Goldfarb introduced two important initiatives at Fairfax High School this year. Assistant Principal Stone discussed the effort of the staff to rewrite and evaluate the school’s vision statement to become less of a document, but as direction for staff to use as a foundation for all decisions such as resource allocation and hiring new employees.

Rotella, director of Student Services, detailed Project Aware, a wellness initiative designed to help all students with emotional or mental health issues. The project is a collaboration with five county schools and with state and federal grants. Over the past 12 months, over 75 of the FHS staff members have participated in the eight-hour training program on youth mental health first aid. The training helped teachers identify students in crisis vs. students of concern. The goal is to establish a solid rapport between staff and students. “We stand behind building strong relationships,” said Rotella.