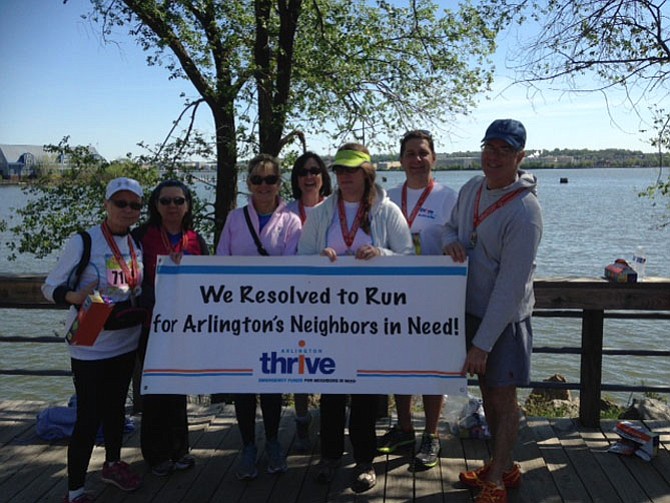 “Team Judie” ran to remember a friend and fellow member of the First Presbyterian Church. Judie had run the 5K to raise funds for Arlington Thrive last year, and her friends wanted to do this in her memory.

Arlington Thrive was one of the many local safety net groups represented at the George Washington Parkway Classic race on Sunday April 24. The “Resolve to Run” group, who had trained together since February, looked like they had experienced the “runner’s high” after they met for a group photo near the finish line. They were equally proud of the money they’ve raised so far: $11,500 of their $16,000 goal. The deadline for those who want to contribute to the fundraising effort of the runners but have not done so yet is May 15. Checks made out to Arlington Thrive with the runner’s name or Team Judie noted in the memo line will also help push a runner to their goal and beyond. Checks can be mailed to Arlington Thrive, Inc., P.O. Box 7429, Arlington, VA 22207.