‘It’s Simply a Matter of Equity’ 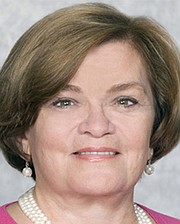 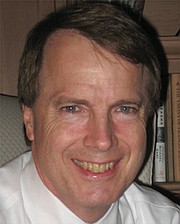 Fairfax — Everyone likes getting a raise, but the City of Fairfax’s hard-working mayor and City Council members haven’t received one since 1982 – some 33 years ago. So on Sept. 29, they approved a pay hike for the governing body that will succeed them in the May 2016 election.

“The salaries were last raised in 1982, and this hardly seems fair,” said former Councilman Gary Rasmussen at the Sept. 29 public hearing on this matter. “There should be fair and equitable compensation for the jobs you do to make things happen for the good of all of us.”

The Code of Virginia provides for maximum salaries based on city population bands. And the City of Fairfax falls within the 20,000-34,999 band, which permits a maximum salary of $13,000 for the mayor and $12,000 for each of the council members.

“Most, if not all, jurisdictions of similar size are in this [salary] range?” asked Councilman Michael DeMarco. To which City Attorney Brian Lubkeman replied, “That’s true.” Councilwoman Ellie Schmidt asked what the City budget impact would be, and Finance Director David Hodgkins said it would be approximately $55,000/year.

DURING THE HEARING, resident John Spears said, “This question is best decided by referendum by the people, not by public hearing, because you’re spending the people’s money.” But none of the other speakers from the audience shared his views.

“Our mayor and Council do deserve reasonable compensation for the hours they put in governing and representing the City,” said Betsy Bicknell. She further noted that the “proposed salary increases don’t even keep up with inflation.”

Jim Gillespie said he sees the mayor and Council members at City events all the time. Therefore, he said, “I’m in support of reimbursing them for some of their costs.” Former Mayor John Mason said he, too, is in favor of the pay raises.

Tom Ross said the work they do requires “a tremendous amount of time and effort, [considering] all their meetings and behind-the-scenes studying of the issues. I strongly support the increase in salaries. And it also makes it more attractive for people running for office here in the future and says we respect what they do.”

Another former Council member, Gail Lyon, said, “This Council hasn’t had a raise in 33 years – that’s a long time. We need to show we care about and respect you enough to raise your salaries – especially because you’re on duty 24/7, 365 days a year. So I urge you to say yes to giving the next Council and mayor raises. You provide us services and take care of our city. And I’d like this put into your legislative package that there’ll be cost-of-living raises every five years.”

Councilman David Meyer then made a motion in favor of the proposal, seconded by DeMarco. “I appreciate the speakers’ comments,” said Meyer. “It’s been a privilege for the past 7-and-a-half years to serve the citizens of the City of Fairfax. We use our own money for postage and drive our own cars. And we take time out of our workday – and vacations – to represent the City on various boards and commissions. I think it’s simply a matter of equity and appropriateness.”

Schmidt said no one does these jobs for the money; it’s to serve the community. “But we continually ask [City] staff to tighten their belts,” she said. “So I don’t think this is the right time to do this.”

“I made $600/year on the School Board,” said Councilwoman Janice Miller. “And sometimes I’m a little upset because the annual $4,500 stipend doesn’t cover the cost of the many activities we attend. It also costs me money because it takes time away from my job as a travel agent – because I don’t make any money when I don’t sell anything.”

“There should be some reasonable compensation, and it’s sad that it didn’t happen over a period of years,” continued Miller. “So I’m in favor of doing this, and I believe we should also do this for members of our boards and commissions. When Fairfax became a city in 1972, the mayor made $5,000/year, but the average cost of a house here was just $20,000. Today, it’s $400,000. So by that measure, the mayor should make $100,000/year – and that’s not going to happen.”

“We do our jobs because we believe in public service,” said Silverthorne. “Until 1972, the Council members were paid by the meeting – $40/meeting. And anyone against this [action] can return their pay increase to the City treasury. This is long overdue – and nobody’s going to get rich on this salary.”

THE MEASURE then passed, 4-1, with only Schmidt voting no; Councilwoman Nancy Loftus was absent.