Alexandria: IB to the Rescue?
Votes

Alexandria: IB to the Rescue? 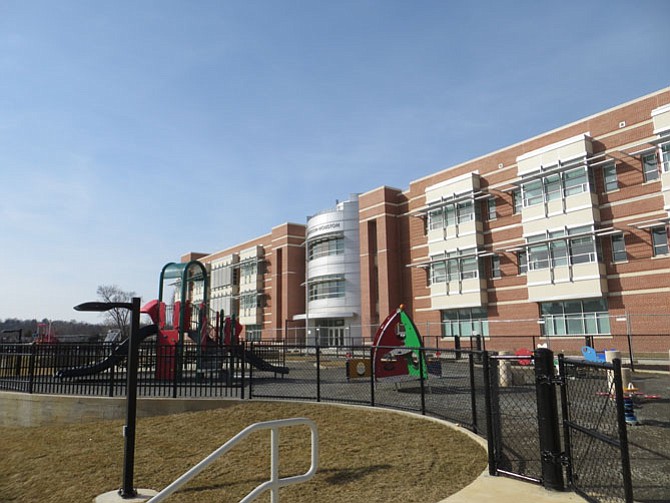 The Virginia Department of Education report card for Jefferson-Houston Elementary

“There is the anticipation of this being a great school. Things are changing. It’s good, but it’s difficult.”

The program is part of the Alexandria City Public Schools’ (ACPS) long-running struggle to turn around the image for the troubled school. Since 1999, when a redistricting plan dramatically increased the number of students from lower-income homes, the school has been in an academic dive that culminated in 2013 with the school losing accreditation, the state threatening to intervene and take over the school, and eventually the school building being demolished and rebuilt. The rebuilt school opened in 2014 but test scores were lower than ever.

In May, 2014, the School Board accepted a letter of authorization conferring IB Primary Years Programme status for some of the classes, but in the 2015-2016 school years, the school administration hopes to expand that program to include the rest of the school.

Kermit Burks, an IB coordinator for ACPS, described the program as more rigorous than the usual curriculum. IB starts with an assessment and focuses on building academic skills and organization.

The school’s new principal, Christopher Phillips, previously worked as principal and vice-principal as various schools in Suffolk, Va., before taking the reins at Jefferson-Houston at the beginning of the 2014-2015 school year. Phillips said he believes the IB program will help move the school away from a test-focused curriculum.

“[International Baccalaureate] will give us a more interdisciplinary approach,” said Phillips. “Everything is connected in this instructional approach; it makes kids global-minded thinkers. We don’t want them just to be good test takers.”

Having too many good test takers doesn’t seem to be a current problem for Jefferson-Houston. 2014 was the first year in the new $45 million re-built Jefferson-Houston and was meant as a fresh start, but the fall school numbers haven’t reflected any sort of recovery yet. According to a report-card issued by the Department of Education for the 2014-2015 school year, test scores in every category except English fell dramatically. But those accreditation numbers are built on test scores from the 2013-2014 school year, and Phillips is hopeful.

Currently, Phillips plans to have pre-Kindergarten through eighth grade start the 2015-2016 school year as an International Baccalaureate program. The goal for IB’s first year is for 70 percent of students to complete the IB program. IB requires students to have at least 50 hours of class time in eight subject areas. Phillips said that some students may require remedial classes in certain subjects that might keep them from attaining IB status.

According to Burks, ACPS experienced significant hurdles in its plans to bring International Baccalaureate programs to Alexandria schools. The initial plan was to bring the program to all three middle schools, but the principal changes at the other schools and abrupt resignation of Superintendent Morton Sherman in 2013 forced ACPS to abandon those plans. The plan was scaled down to only Jefferson-Houston, which facing the recent loss of accreditation, was identified as the school in most dire need of academic revitalization. Phillips hopes the IB program will be enough to begin bringing students back into Jefferson-Houston.

Phillips said the IB classes will have a capacity limit, and in the first few years of Jefferson-Houston’s recovery he said the priority should be on ensuring that the school doesn’t go over its capacity. Phillips said in a few years, he’s expecting there to be a wait list for the program.

Having a waiting list also isn’t one of Jefferson-Houston’s immediate problems. The school has a maximum capacity of 800 students and currently has a student population of 444. By 2024, that number is expected to rise slightly to 572 students. The school currently has 11 eighth grade students. While Alexandria’s two other middle schools approach an overcrowding crisis, Jefferson-Houston’s continual failure to achieve accreditation has meant the school continues to struggle to put students in its seats.

Parents at Jefferson-Houston remain optimistic. Shanelle Gayden is a parent of a sixth and a first grader at the school with another child at Minnie Howard who graduated from Jefferson Huston. She is also leads the school’s Parent Teacher Association.

“Jefferson Houston had a history of negativity,” said Gayden. “If you track the record, we’ve been hit for testing and having a large amount of free or reduced lunch students. It’s been a challenge to understand the dynamics of the students.”

But like Phillips, Gayden said she’s confident this year is the start of a turn-around for the school.

“We have a group of community members and parents and staff gearing forward to moving together,” said Gayden. “There is the anticipation of this being a great school. Things are changing. It’s good, but it’s difficult.”

Gayden said she was excited to see the IB program’s planned expansion into the younger years.

“All the kids in the school take a foreign language class,” said Gayden. “That’s an advantage, to have students taking Spanish. IB offers cultural diversity and knowledge.”

Amy Liu has two daughters at Jefferson-Houston, one in first grade and the other in second. Liu says the IB program hasn’t been implemented enough yet to start judging its merits, but said Jefferson-Houston already has a positive history with encouraging students to understand diversity.

“Last year, the parents and staff put together ‘International Day’ to celebrate the IB designation,” said Liu. “The girls learned about different countries, their food, and the flags that are a symbol of the nations’ heritage. They enjoyed that and still talk about that today.”

Cindy Martinez, president of the Alexandria PTA Council, said the new principal and the new school building have made a positive effect local parents and students.

“Jefferson-Houston is an all new option for students,” said Martinez. “There’s a great energy there now.”

Martinez stressed that the school needed the support of other parents in the district, but Gayden said she understands the initial reluctance of other parents to send their students to an unaccredited school.

“If you weren’t [at the school] to see the change and the ground work, it’s hard to put your children in there,” said Gayden. “For me, I had to do a lot of leg work and speak with the school staff. I did a lot of one-on-one interactions before I felt confident. I received a breakdown of how [the school] worked. We had a smaller number of kids; my son was one of 10 middle school students, where he would have been in a class of 25 other students at George Washington or Hammond Middle School.”

“Biggest challenge will have to be getting everyone on the same page with this transition and change,” said Gayden. “Once the people in the community get comfortable with this change, we can move forward. We’re hoping this is the last big change, because we can’t afford another big hiccup.”

A consultant from the IB program is scheduled to visit the school April 13-14 to advise the administration of any necessary changes. Over the summer, Jefferson-Houston will submit an application for authorization from the IB program while teachers and administrators undergo additional training. At the beginning of the 2015-2016 school year, if the application is approved, a representative from IB will visit the school to confirm its status.