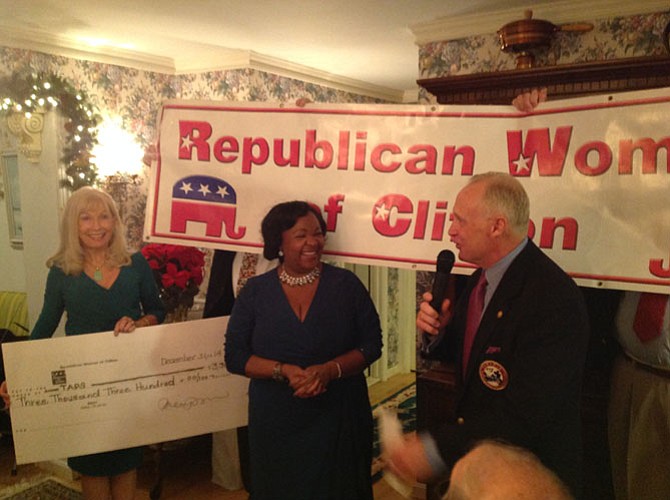 At its 2015 officer installation and annual Christmas celebration, the Republican Women of Clifton (RWC), presented a check for $3,300 to TAPS - Tragedy Assistance Program for Survivors of our Fallen Heroes. The check was received by Brian Bauman, Director of Special Events, who said the money will be used to support the Grief Camp for children of fallen heroes. A primary objective of TAPS is to provide healing and hope to the families who have lost a hero while serving in America’s Armed Forces. The Republican Women of Clifton is a sponsor of TAPS which will remain the adopted charity of the RWC for 2015.