‘The Journey to be Free’ in Alexandria
Votes

‘The Journey to be Free’ in Alexandria 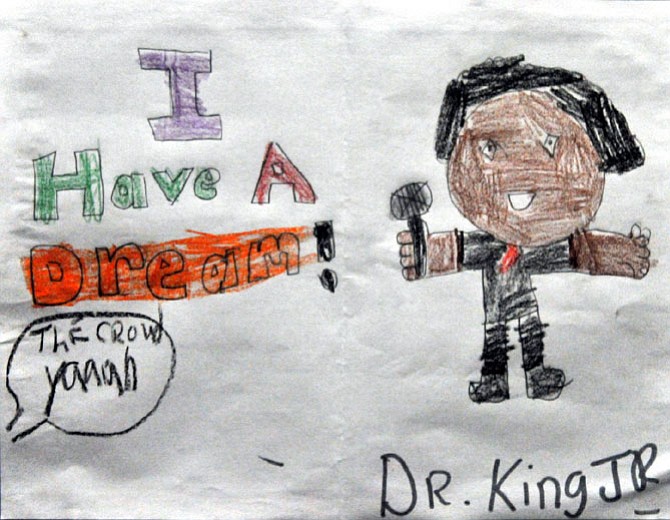 Journey To Be Free

It was standing room only in City Council Chambers as the 26th annual Dr. Martin Luther King, Jr. poster exhibition program began on Monday afternoon. The contest, originating in 1990 by the Alexandria Society for the Preservation of Black History, Inc. (ASPBH, Inc.), highlights the artwork of Alexandria City Public School students. This year’s poster competition was entitled “The Journey to be Free: Alexandria’s Contrabands and Freedmen Cemetery Memorial.”

Under the leadership of two society presidents, Harry Burke and Carlton A. Funn, Sr., the contest grew from a small exhibit and program held at the Alexandria Black History Museum, to a larger exhibition held in the Vola Lawson Lobby of City Hall in January and February and a formal program held in Council Chambers.