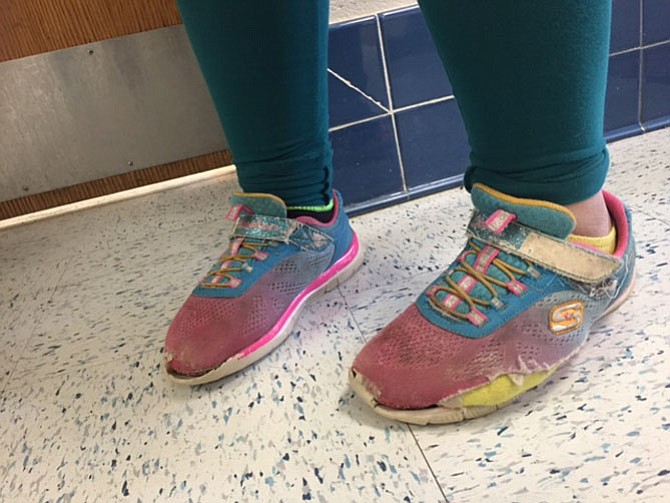 As a seventh grader growing up in Long Island, current Mount Vernon resident Ron Fitzsimmons missed 60 days of school because he was too embarrassed to go. After his father abandoned them, Fitzsimmons’ family survived on welfare, but only just.

“It was one thing to suffer in private,” he said, remembering garbage piling up inside the home because they couldn’t afford to have it picked up. “They were private indignities.”

But Fitzsimmons also remembers how it felt when his mother was able to splurge and buy him a new pair of sneakers, “the wanting to go to school,” he said. “It was a small thing, but it was important.”

And though for years he couldn’t participate in Little League baseball because of registration costs, Fitzsimmons was finally able to play on his high school team and was named a Suffolk County all-star his junior year. “Someone was recognizing me,” he said. “I suddenly felt really good. I wanted to go to prom, college, do normal things.”

He felt the power of self-esteem. 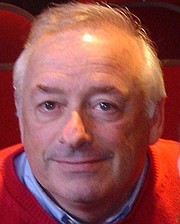 Fast-forward to approximately four years ago, Fitzsimmons was conducting a survey to determine what would be the best mission for a new nonprofit to assist children in Fairfax County with personal items like shoes, glasses and Little League baseball registration.

The late Cynthia Hull, former director of United Community Ministries, told him, “We do not have a petty cash drawer.”

UCM receives many referrals from school social workers and though they can help with after-school snacks, food and other items to help students in low-income families, “given our mission, we’re not in the business of providing shoes to each and every family or child,” said Diane Hill, who handles development and communications for UCM.

Seeing a need there, Fitzsimmons decided to found Alice’s Kids, named for his mother, with the primary emphasis on enhancing self-esteem in children up to 18 years of age by providing those individual items.

“We pay for the small intangibles,” Fitzsimmons said. “We contribute to allow kids to access an event, such as a dance or field trip, or acquire a special item such as a formal dress or purchase eyewear.”

He receives referrals directly from school social workers — students looking for things like bus fare, beds, summer camp tuition or coats — and responds within 24 hours. The answer, Fitzsimmons said, is “Yes” 99 percent of the time.

A fundamental aspect of Alice’s Kids work is making the donations quietly and anonymously, allowing the parent to facilitate a situation where it doesn’t seem like charity.

“The contribution is typically a quick action on our part to fulfill a commitment that enables a needy child to realize a dream, goal or benefit,” Fitzsimmons said. This past year 269 children have benefitted from Alice’s Kids and he expects that number to more than double this year.

Richard Dobber, UCM director of social services, appreciates the anonymity of Alice’s Kids’ work that respects the dignity and the privacy of the family. “That emphasizes that child fitting in with their peers and not being embarrassed about the family’s situation,” he said. “It builds up a stronger family and community.”

Dobber recalled a typical scenario when UCM was working with a single mother client in their transitional housing program for survivors of domestic abuse.

As an immigrant from Bangladesh, she was taking English as a Second Language classes and had completed her General Education Development test. “We were very impressed by her resilience and willingness to get ahead,” Dobber said.

However, she couldn’t afford soccer cleats for her 11-year-old son. “We don’t have funds for that kind of donation or support,” said Dobber. “I immediately thought of Alice’s Kids. I contacted Ron and within an hour he said, ‘No problem. Do you think they can get to Sports Authority at Potomac Yard?’ These small gifts that mean a lot, make that child feel special, and for all the child knows, it came from his mom.”

Fitzsimmons and Alice’s Kids ask supporters to make donations just one time a year. Other funds for their budget come from participating in the Combined Federal Campaign and grants from Mount Vernon Kiwanis, the Rotary, St. Luke’s Church, Good Shepherd Catholic Church and the Knights of Columbus.

In addition to the once-a-year donation campaign, Alice’s Kids also started doing a fundraiser in the form of a gift-wrapping event.

“We have our niche of providing special things for kids,” said Barbara Baker of Mount Vernon, a vice president in her fourth year on the board of Alice’s Kids. “Not many organizations offer gift-wrapping over the holidays, so we’re hoping this can be our thing in the Mount Vernon community.”

Community members can stop by to drop off gifts for wrapping by a team of volunteers by 1 p.m. or simply to enjoy holiday music and refreshments. All gifts must be picked up no later than 2 p.m. that day. The suggested donation is $3 per gift. A Sign-Up Genius link to volunteer is www.signupgenius.com/go/4090c4ea5ad2d6-alices. Students can join as well and pick up service hours. For more information, visit Alice’s Kids on Facebook or email aliceskids@cox.net.