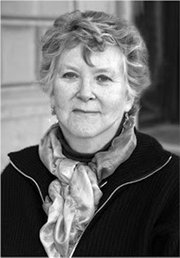 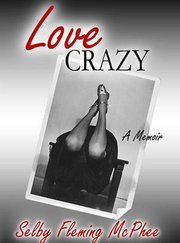 Looking for some indoor activities during the winter blast?

This Thursday, Jan. 16 at 7 p.m., Selby Fleming McPhee will speak about her new book “Love Crazy” at the Potomac Library located on 10101 Glenolden Drive.

“Love Crazy” is a memoir examining her parents’ (Jack and Peggy Fleming) relationship and love from when they met on a blind date in Philadelphia until their deaths in the 1980s.

The book was released in spring 2013 and McPhee has been busy speaking about “Love Crazy” at various book groups, parties and other literary venues ever since.

In April 2013, she spoke at the Bethesda Writer’s Center. She also participated in the Washington Women Writers Series luncheon held by the Woman’s National Democratic Club in October 2013. She also spoke at a friend’s bookstore in Omaha in early November.

“During a lot of the author talks, I find that people often remember their own parents. A lot of people in my age group had fathers who they didn’t get to meet until later because they were fighting in World War II. In addition, the book has started some people thinking about those old musty boxes in their own attics or that old box of letters,” she said.

McPhee didn’t meet her own father until she was 3 years old as a result of him joining the Navy when he was 40 years old.

“Love Crazy” has given her a new perspective of her parents and their relationship. McPhee was inspired to write the memoir after finding a box marked “Personal letters of Mr. and Mrs. J.J. Fleming, Jr. to be destroyed unopened" written on the lid in 1983.

“I got to hear them [my parents] in their own voices from when they were children right on through. It was really gratifying,” she said.

She remembers reading about “a hysterical trip from Cornell to Philadelphia in a Model T Ford with no top in the middle of winter when the brakes failed, until they were careening into Ithaca with no way to stop the car except to run it into a snowbank.”

Although she didn’t find any family secrets, she did find a few surprises especially about her mother’s personality in relation to the early roots of feminism.

“My mother was definitely not a feminist but there were certain freedoms during the ‘20s women enjoyed such as more freedom with fashion styles, smoking and other social customs that she embraced,” she said.

During the Depression, her mother went to work as a teacher without any formal training in order to support her family.

McPhee credits these family revelations as the inspiration for a possible future book surrounding women of her age group (70 or older) and feminism and the Women’s Movement.

During the 5 years it took her to write “Love Crazy,” she credits her writers group in aiding her in the writing process.

In her spare time, she sings in a church choir, and does some pro-bono writing for organizations’ newsletters. McPhee has a worked as a staff writer and editor at schools, universities, and other educational institutions including Tufts University and the National Association of Independent Schools. She has a BA from Vassar College.