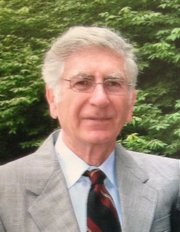 Richard L. Andrews, born Oct. 6, 1933, in New York City, died on Aug. 1, 2014, in Alexandria, after a valiant seven-year battle against melanoma, leukemia, mesothelioma, and, finally, liver cancer. Richard, a chemist by training, served in the U.S. Army and worked at the Pickatinny Arsenal in New Jersey, and later at the U.S. Bureau of Mines in D.C., before moving to the U.S. Patent Office, where he worked as a patent examiner for 20 years until he retired in 1988. Along the way, Richard obtained two patents of his own for methods he designed for electroplating metals. Richard filled his life with a variety of interests, including classical music, fishing, international travel, birding, photography, and gemology. He is survived by his life partner, Carol Bernstein of Great Falls; his nieces, Joan Maurier and Carolyn Troutman, of Santa Cruz, Calif., and Bellingham, Wash., respectively; his nephew Tom Andrews, of Bellingham; and his sister-in-law, Louise Andrews, also of Bellingham. Richard will be honored at a memorial service on Sept. 6, in Great Falls. For details about the service, contact Carol at 703-200-8105. Donations in Richard’s memory can be made to the Lombardi Cancer Center of Georgetown: http://lombardi.georgetown.edu/about/support/commemorative.html.