Residents can choose between five birds by Sept. 30. 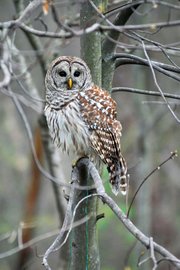 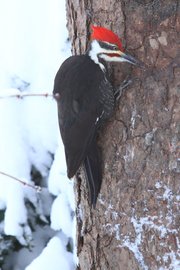 Residents will have until the end of September to choose Reston’s official bird.

“This poll is not only fun in the aspect of community participation, and education, but it will also provide Reston with a significant symbol – very fitting and something it should have,” said Friends of Reston board member Carol Nahorniak.

All of the birds were chosen by local naturalists due to their year around visibility in the community.

“The criteria was that they needed to be something we see on a year around basis,” said Friends of Reston CEO Katie Shaw. “We wanted to pick birds that were also easily recognized.”

Voting for Reston’s new official bird ends Sept. 30. After the votes are in, Friends of Reston will ask Reston Association to vote on a resolution to make the bird Reston’s own. So far, the pileated woodpecker and barred owl are in the lead.

Shaw said that the official bird will be added to the mascot list for Walker Nature Center with Myrtle the Turtle and Earl the Squirrel.

“We envision that the bird will be a sidekick to Earl and Myrtle,” said Shaw.

In years to come, the bird may be added to the Friends of Reston’s logo or put on pins and t-shirts for sale.

But for now, voting for Reston’s official bird is purely educational to allow residents to learn more about the types of birds that reside in the trees and near lakes during the day and night.

“Some of these birds have strong visibility in the area, but others, not so much,” said Nahorniak.

Residents can vote in person at the Farmers Market, the Walker Nature Center or The Bird Feeder store. They can also vote online by liking the Friends of Reston Facebook page at https://www.facebook.com/FriendsofReston and clicking on the Survey Monkey link under “Apps.”