Town election for mayor, council on May 6.

Town Election on May 6 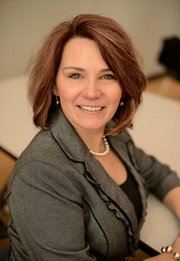 Town Election on May 6

Herndon’s seats for mayor and council will be left up to voters on Tuesday, May 6.

The town elections, between two mayoral candidates and 11 council candidates, will be held at Herndon Community Center at 814 Ferndale Ave.

“I think she has a different vision for the town,” said Hutchinson. “I think she wants Herndon to be different from the way it is now. I’d like it to stay true to its unique identity.”

Merkel agrees they have different visions for the town.

“I ran for council and for mayor because I really think Herndon can have it all,” she said.

Merkel said her vision for a walkable town plaza near the future metro station will not happen overnight. She said it could take up to 30 years.

She addressed some of the comments about her campaign donations that were made at the last election. She said the owners of the building the Green Lizard coffee and bicycle shop is in gave her a $500 campaign donation recently - which some council members hinted was a conflict of interest because of a zoning ordinance that was changed.

“That was a purely political move,” she said.

Steven Lee Mitchell and Jasbinder Singh, both running for town council, did not respond to emails sent to them last week.

“With the metro station coming in, there’s the potential to want to capitalize on that, but I want to protect and preserve our history” said Waddell. “I like working with people and working with the community. I want to improve the quality of life for the people here.”

Olem said no matter who is elected, whether for council, town mayor, or country president, she believes it is the town’s duty to put political differences aside to work with them.

“I’ve got a lot of land use experience and my background is in public health,” she said. “We want to get people out of their cars.”

She said bike and walk paths to the new metro station would help to alleviate traffic created when the station opens.

“I’m not overly concerned about the restriction for 50 foot height for buildings,” he said. “I think I have a good understanding of what it takes to get a developer out here.”

Wolf said she supports smart growth within the town.

“I am committed to fiscal responsibility and making sure taxpayer monies are carefully spent - I proposed new policies for the Town's non profit grants that incorporate best demonstrated practices and require all non profits to match Town monies with their own independent fundraising, thereby increasing the efficacy of our grants and eliminating wasteful spending on organizations that mismanaged taxpayer money,” she said in an email.

Also running are seven residents who are not currently on the council.

“I am an active volunteer and leader who will take a collaborative, analytical and open-minded approach to solving the Town's challenges,” said Jennifer Baker. “I value Herndon's unique charm and walkability. I'm eager to see the Town execute our downtown master plan and encourage more businesses to invest here.”

Because Jeffrey Davidson is retired, he said he would make a great council member because it would be his full time job. He said he wants to give back to the community.

“I ran for election and lost by just a few votes,” he said. “I want to correct that.”

Eric Boll said the town needs to build its commercial tax base.

“I will work to move forward on revitalization of Herndon's downtown while maintaining a charm unique to Herndon,” said Boll. “I have traveled extensively and lived in several countries and seen first-hand how vibrant town centers create a sense of community.”

David Webster said he knows exactly how to bring more business in the area.

“I am running because Herndon is a small town and needs citizen legislators to run our government,” he said in an email. “I believe in public service and also believe my knowledge and experience will benefit the Town and its citizens. What sets me apart from my opponents is that I am the only candidate who has significant experience involving public/private business partnerships. I was directly involved in negotiations with D.C. and Virginia government officials regarding construction of a new Redskins stadium.”