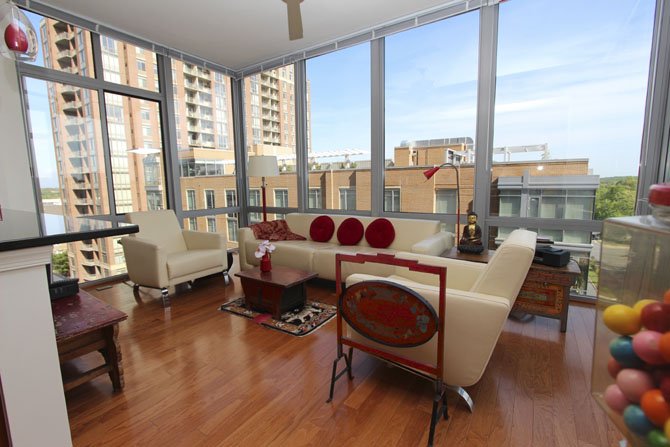 A home in the Midtown at Reston Town Center, one of the stops on this year’s Reston Home Tour. Photo Contributed

Reston — This fall, several new features will come to two of Reston’s signature events. The Reston Multicultural Festival, which will take place at Lake Anne Saturday, Sept. 28, will begin with the annual naturalization ceremony. 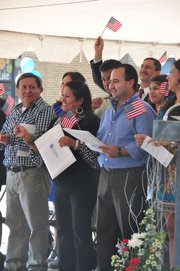 “My kids enjoy the multicultural festival, but I let them come and stay for most of the day on one condition: that we attend the naturalization ceremony,” said Betsy Divine of Reston. “I think it’s very important for them to realize that a lot of people work very hard to be in this country, something they’ve been a part of since their birth. I think the ceremony, along with the festival activities themselves, brings home the message that people from a lot of very different cultures appreciate what we have here in America.”

There will be two stages with live entertainment throughout the festival. Spanish, Persian, Uzbek, Indian, Chinese, Irish, Bolivian, Cambodian and Burmese dancers will perform, as well as the Traveling Players and various readers and storytellers.

“I make it a goal of mine to learn a few facts about a new culture every time I come to the festival, which has been the last few years,” said Rigobert Mbuta, a native of Cameroon who now lives in Herndon. “I grew up learning about Africa, and I’ve learned a lot about America since I’ve been here, but the Reston Multicultural Festival has helped me learn about South Korea, Jamaica and more.”

THE FESTIVAL will run from 11 a.m. to 6 p.m. on Saturday, Sept. 28, rain or shine. More information is available at www.restoncommunitycenter.com.

For those interested in a closer look at how people live within Reston’s borders, the annual Reston Homes Tour will be Saturday, Oct. 19. This year’s theme is “Celebrating the Vision,” which pays tribute to Reston founder Robert Simon’s vision.

A view from the loft of a home on Red Oak Circle, which was recently added by the homeowners. The home will be one of the stops on the annual Reston Home Tour.

“We’re coming up on Reston’s 50th birthday in April 2014, which is a testament to Bob Simon’s vision and the success we’ve seen,” said Bonnie Haukness, the event’s chair. “The homes on the tour this year have owners who have altered and added to their residences, shaping them to their own vision, and incorporating the nature outside with the home inside.”

Each of the homes on the tour are owned by longtime Restonians, and one stop is the first ever residence in Reston to be occupied.

“The house is on Lake Anne, and the owner came here years ago from Laos. He learned how to play tennis at Reston camps, and eventually went to college on a tennis scholarship,” Haukness said. “Now he’s back in Reston, and even had his father, who is a Buddhist monk, perform a house blessing ceremony when he moved in.”

Another home on the tour was formerly a rambler, until the current owners added an entire level. One home is the owners’ fourth home in Reston.

THIS YEAR’S TOUR will feature an extra stop, at the Bow Tie Cinemas at Reston Town Center. At 11 a.m. and 2 p.m., there will be a special Reston-themed movie showing.

The theater will screen a documentary film about the Initiative for Public Art Reston, and the first showing of the trailer for the film “The Reston Story,” which is a documentary about Reston by local filmmaker Rebekah Wingert-Jabi.

Each showing will last approximately one hour, with the documentary and trailer lasting around 26 minutes, and both filmmakers will be on hand for the remainder of the hour to answer questions.

The 12th annual Reston Home Tour will be open from 10 a.m. to 5 p.m. Saturday, Oct. 19. Tickets can be purchased for $30 at the Reston Museum at Lake Anne, the Lake Anne Florist, the Wine Cabinet at Northpoint, Appalachian Spring in Reston Town Center, and the Greater Reston Arts Center.

More information is available at www.restonmuseum.org.