Community Comes Together for ViVa! Vienna! 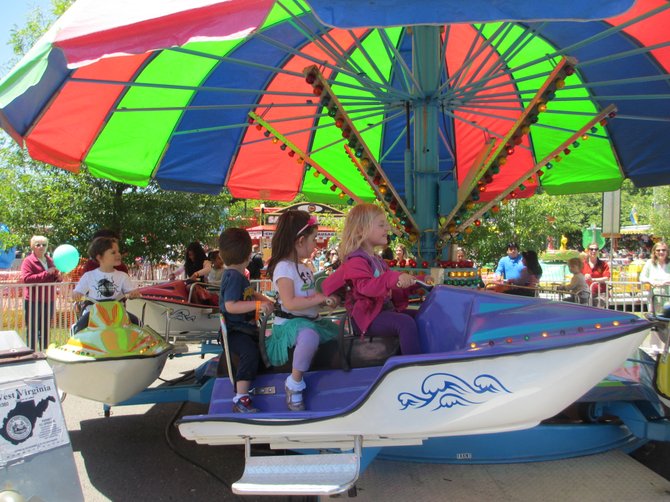 The "boats," bobbing over imaginary waves, brought smiles to the young riders. Photo by Donna Manz. 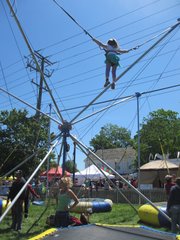 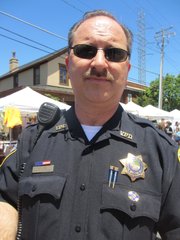 Vienna Police Officer Gary Lose: “It means recognizing the military who have given so much to protect us. Just thanking them and their families for their service and our freedom.”

Thousands of local families, teens, seniors, preschoolers and friends thronged the historic Church Street corridor over Memorial Day weekend at ViVa! Vienna! The annual festival, sponsored by the Rotary Club of Greater Vienna, featured 30 amusement rides for children of all ages, fried food, fresh food and frozen food, live entertainment on two stages—three if you count Vienna Idol—and more than 300 vendors selling arts, crafts, goods and services. Not all the booths were selling something. 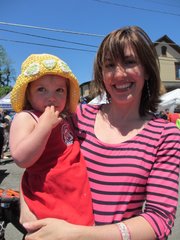 Mary Hess and daughter Andie, 2: “Honoring the people who served our country and lost their lives defending us. Spending time with the ones we love and celebrating the start of summer.”

Some, like Vienna Presbyterian Church and Church of the Seventh Day Adventists, were out there simply being good neighbors, from giving out free bottles of water to giving out free bags of popcorn and balloon art. Navy Federal Credit Union sponsored a free computer and electronic equipment recycling drop-off at James Madison High School. Vienna orthodontist Dr. Allen Garai gave out complimentary one-day amusement ride wristbands to patients. 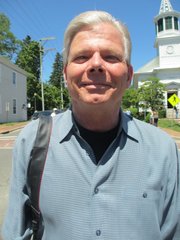 "It means reminding me of the many friends of mine and my wife’s who gave their lives for our country [Vietnam War].

AS MUCH FUN as it was to see friends and neighbors and sit on the Town Green listening to music performances, many festival guests echoed the sentiments of U.S. Representative Gerry Connolly [D-11]. “On July 4, we celebrate freedom and liberty,” said Connolly. “On Memorial Day, we remember the people whose sacrifices made our freedom and liberty all possible. We take time out to remember the men and women who made the ultimate sacrifice. We honor their courage and heroism and we honor their families.” 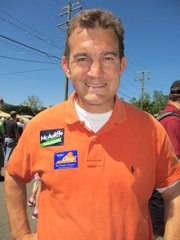 State Senator Chap Petersen (D-34) “Celebrating freedom, celebrating the people who died to keep our country free. They made the ultimate sacrifice for us. The keywords are freedom and sacrifice.”

ON MEMORIAL DAY, the Rotary Club presented a Memorial Day tribute, recognizing, particularly, veterans of the war in Vietnam. The Rotary Club gives back, throughout the year, cash awards from the proceeds of ViVa! Vienna to the local community. In 2012, Rotary donated close to $170,000 to local civic clubs, humanitarian efforts and meritorious individuals. 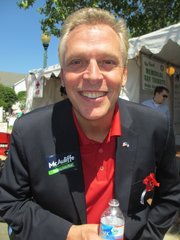 Terry McAuliffe, candidate for governor of Virginia “We honor all the fallen who made the ultimate sacrifice to guarantee our democracy. We should honor them, not just today, but every day for all they’ve done. As the son of a World War II navy captain, I respect every person who puts on the uniform.” 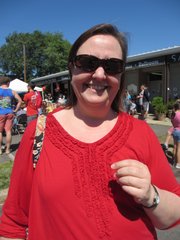 Karen Akers: "It means more than celebrating the people who made this country what is is. It’s also celebrating what America is as a result of their service and sacrifice.”

Title sponsors included Navy Federal Credit Union, the Town of Vienna, the armed forces of the Department of Defense and Rotary International. Among the “special” sponsors were Burke and Herbert Bank-Town Green, DirectCarBuying.com (the Main Stage Sponsor), Sandy Spring Bank (Children's Stage sponsor), and The Connection Newspapers (newspaper media). George C. Marshall High School sophomore Ethan Schaefer summed up his perspective on Memorial Day: “I find that every year when Memorial Day weekend comes around, it’s a happy time,” Schaefer said. “I get to see everybody I love and have a good time. And it’s a time to give thanks to our troops who gave their lives for us and to their families.”