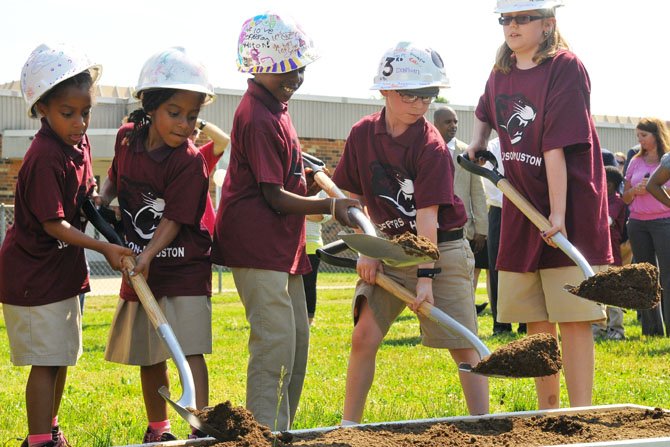 Student representatives from Jefferson-Houston Elementary School perform a groundbreaking in the ceremony for the new school. Photo by Louise Krafft. 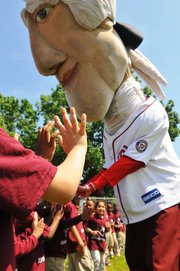 Alexandria Archeology has been working with consultants on a pre-existing structure on the property. The structure appears to be the slaughterhouse that was built by a Mr. Baggette in the late 1800s. The walls of the basement that have been unearthed are 3 to 4 feet wide. Another structure has been noted on a late 19th century survey map.

The new school is scheduled to open in the fall of 2014.