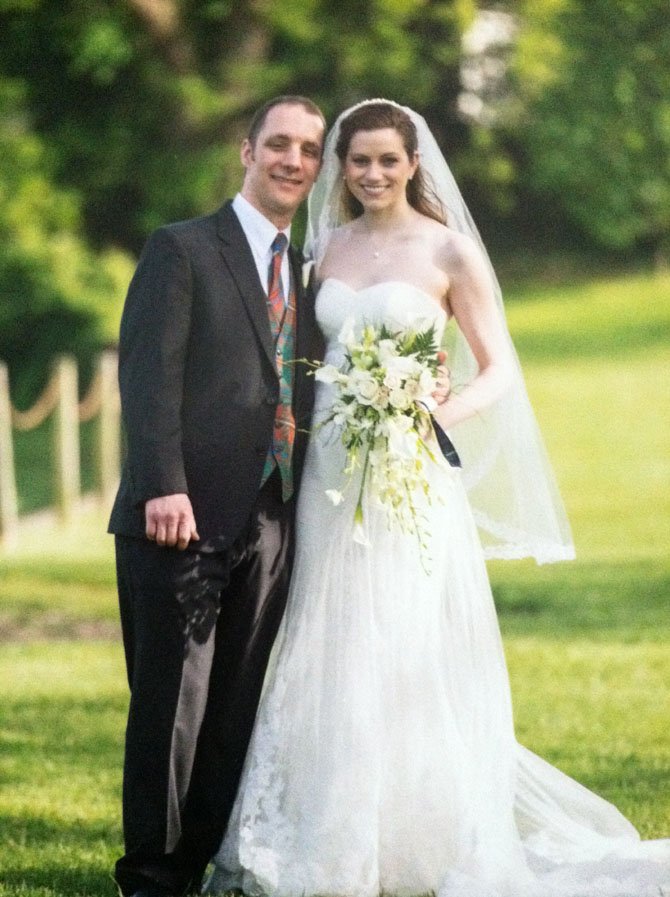 The groom is son of George and Susan Somerville of Richmond, Va. Chris is a 1999 graduate of the Governor’s School for Government and International Studies, graduated from the University of Virginia in 2003 with a bachelor of arts in biology, and received his doctor of medicine from the Medical College of Virginia/VCU School of Medicine in Richmond, Va. in 2008. Chris also lives in Pittsburgh, Pa., and is currently chief resident in his fifth and final year of residency in radiology at the West Penn Allegheny Health System. He has accepted a fellowship in abdominal imaging at the University of Pittsburgh Medical Center after finishing his residency.

The bride was presented by her father, Henry Lucas. The maid of honor was Diana Rodrique, a childhood friend from Centreville. The bridesmaids included Jennifer Lucas, Erika Langsjoen, Laura Sexton and Georgia Burger . The flower girl was Helena Burger and the ring bearer was Oliver Burger, both from N.Y.

A dove release by the bride and groom concluded the ceremony.

Following the ceremony, the bride's parents hosted a reception and dinner at the same location at River Farm in Alexandria, Va.

On the eve of the wedding, the bride and groom's parents hosted a rehearsal dinner at Bobby McKeys at National Harbor, Oxen Hill, Md.

After a honeymoon in Cancun, the bride and groom returned to Pittsburgh, Pa. where they will reside for the next year.