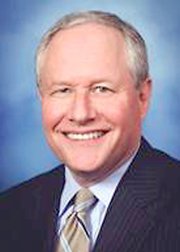 The Republican Women of Clifton (RWC) June meeting will feature Bill Kristol, editor of The Weekly Standard, who will speak about “The Political Situation.” The event will be on Wednesday, June 26, at the Fairview Elementary School, 5815 Ox Road, Fairfax Station. The social hour will begin at 7 p.m. when refreshments will be served. President Alice Butler-Short will open the business meeting at 7:30 p.m., after which Kristol will present his topic and answer questions.

“Events are unfolding at a fast and furious speed, pun intended, and Bill will give us insights that are sure to be interesting and informative,” said Butler-Short.

Kristol is a regular panelist on Fox News Sunday, a contributor for the Fox News Channel, and a monthly columnist for the Washington Post. Before starting The Weekly Standard in 1995, Kristol led the Project for the Republican Future, where he helped shape the strategy that produced the 1994 Republican congressional victory. Prior to that, Kristol served as chief of staff to Vice President Dan Quayle during the first Bush Administration, and to Education Secretary William Bennett under President Reagan. Before coming to Washington in 1985, he was on the faculty of Harvard University’s Kennedy School of Government and the Department of Political Science at the University of Pennsylvania.

Attendance is open to RWC members and their guests, associate members, members of other Republican Women's Clubs and all women interested in becoming members.